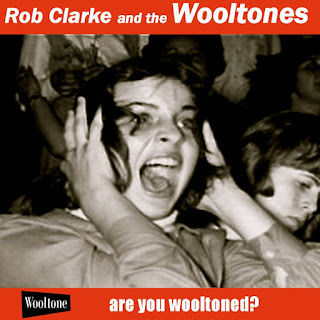 Are You Wooltoned? is being promoted as an introduction to Rob Clarke And The Wooltones but they’ve have already built a loyal following via an EP and several singles. The new 13-track album, available from Kool Kat Musik, gathers those previous releases together in one mind-altering package. Chances are, it will extend the Liverpool-based trio’s popularity to psych-rock and 1960s music fans around the globe.

Singer-guitarist Clarke has a gift for creating enticing melodies, whether it’s on the beguiling tale “Ambrosine” or the silly garage rock of “Monkey Mind.” A quick scan of Wooltoned’s tracks reveals that Clarke definitely leans toward the eccentric and mysterious. “Pancake Cupcake” is reminiscent of John Lennon’s solo work; “Iron Eyes Cody” opens with a Keith Moon style drum flourish; and “Mind The Gap, Henry Beck” sports all kinds of space-age effects. There’s even a mostly instrumental track simply called “Butter.”

The layered vocals of “End Of The End” recall The Byrds and “Are You Wooltoned?” throws “Eight Miles High,” vintage Neil Young, and fuzzy guitar playing in the same blender. The echo-laden “Peas” is a fun romp while “Colours (Of The Sun)” feels like participating in a sacred ritual. The seductive “Our Business” is a treat for anyone who fondly remembers Norman Greenbaum, and The Wooltones add a dash of glam rock to it for good measure.
Posted by Terry Flamm at 9:32 PM