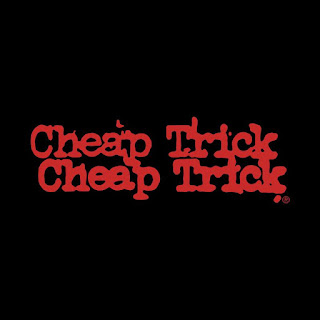 Cheap Trick will be at SummerFest in Milwaukee on July 7.

Best wishes for a full recovery to WXRT air personality Terri Hemmert, who’ll be taking about a month off due to back surgery. Frank E. Lee, who retired from the station, will be filling in for Hemmert while she’s away.

The Roots and Donnie Trumpet will kick off Taste Of Chicago 2016 on Wednesday, July 6 with a concert at the Petrillo Music Shell. Other acts scheduled to perform through July 10 include Kongos, Elle King, and Transviolet on Thursday; The Decemberists and Shakey Graves in a WXRT show on Friday; Billy Idol and the Chicago-based David Bowie tribute band Sons Of The Silent Age on Saturday; and The Isley Brothers and Sheila E. on Sunday.

The Old Town, Wells Street, and Gold Coast art fairs have already taken place, but Chicagoans can still catch some paintings, photographs, and sculptures outdoors at The Millennium Art Festival, which takes place next Friday through Sunday on Lake Street at Michigan Avenue. Unfortunately, Artfest Michigan Avenue, which was scheduled for July 15 – 17, will not be held this year due to the construction of the new Apple Store.

Checking out the Millennium Art Festival on Saturday before seeing to Sons Of The Silent Age at Taste Of Chicago would be an art/music mashup that would do the Thin White Duke proud.

Milwaukee’s annual SummerFest, which is like Taste Of Chicago, except with 15,000 more musical acts, continues through July 10, with a day off on the 4th of July. Upcoming shows include Bodeans on July 3; Garbage on July 6; Cheap Trick on July 7; Paul McCartney on July 8; Neil Finn on July 9; Chris Isaak on July 9; and Sting and Peter Gabriel on July 10.

The Telepaths, Lifecoach, and Steven Gilpin are performing at the Rock And Roll Firworks! show at Phyllis’ Musical Inn tomorrow night. On Monday, the venue will be hosting its 30th Anniversary All-Star Jam from noon to midnight, with over 10 bands scheduled to rock throughout the day.

The triple bill of Rick Springield, Loverboy, and The Romantics will perform as part of the Grand Victoria’s Concert Series in Elgin this Sunday night.

Comedian/magician and now screenwriter Penn Jillette and director Adam Rifkin will be at The Gene Siskel Film Center next Thursday, July 7 for the Chicago premiere of their new comedy Director’s Cut. The film also stars Herbert Blount and Missi Pyle.

The official trailer for director Ron Howard’s new documentary Eight Days A Week: The Touring Years can now be seen on the Slate website. It’s less than a minute long, but is still generating a lot of interest. According to Slate writer Marissa Martinelli, the film will include previously unseen footage of The Beatles performing live from 1962 through 1966. It’s set to be released worldwide in September.

Graham Crackers Comics is having a Doctor Who Day Signing at its downtown location next Saturday, July 9 from noon to 3:00 PM. Fans will have a chance to meet artists Andrew Pepoy and Jason Millet.

Square Roots, a festival being staged on Lincoln Avenue between Montrose and Wilson next weekend, will feature live entertainment, craft beer, dance lessons, and a kid zone. Acts scheduled to perform include Lydia Loveles, Cracker, and Dolly Varden.

If next Saturday’s Peter Gabriel and Sting concert at the United Center follows the same format as their recent shows in other cities, fans can expect to see these two popular musicians performing a number of songs together, in addition to each performing on his own.

Cliff Johnson and The Raine will be sharing another bill with Kevin Lee & The Kings on Saturday, July 9 at FitzGeralds in Berwyn.

The Powerpop Showcase is coming July 14 to Subterranean on North Avenue in Chicago and will feature performances by Mooner, Twins, and Arts And Letters.

Metropolly, a band that has taken part in a number of Halloweekend Tribute shows over the years, will be performing an acoustic set at the Fetching Market in Munster, IN next Saturday, from 10 a.m. to noon.

The city of Lockport, IL has a bunch of offbeat and entertaining things coming this summer under the banner of Great Midwestern Ballyhoo. A gentleman in a very steampunk outfit was handing out flyers at C2E2 in April advertising events such as Comicopolis, Z.A.P. Movie premiere, and a steampunk weekend.
Posted by Terry Flamm at 10:42 PM