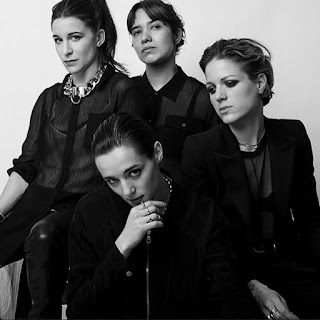 Penn Jillette and director Adam Rifkin were in town last night for the Chicago premiere of their gruesome but consistently funny satire Director’s Cut at the Gene Siskel Film Center. There was a private screening and meet-and-greet for fans who had helped out with the movie’s crowdfunding campaign. Jillette and Chicago native Rifkin were also on hand for a second show, providing humor and interesting anecdotes as they took questions from audience members afterward.

Chicago indie rock musician Jim Gwynn posted on Facebook that his band JIP, whose recording efforts have drawn praise here on BHT, came close to getting one of their songs into Director’s Cut. The crowdfunding perks included some creative opportunities to be involved in the production.

Tomorrow will be a nice day for a “White Wedding” and dancing with yourself as Billy Idol headlines Taste Of Chicago at Grant Park’s Petrillo Band Shell. Idol’s opening act, the Chicago-based and extremely good David Bowie tribute band Sons Of The Silent Age, kick things off at 4:30 PM. The Isley Brothers and Sheila E. will perform at The Taste on Sunday.

This weekend’s main concerts at Milwaukee’s SummerFest are Neil Finn and Chris Isaak (separately) tomorrow; and Sting and Peter Gabriel together on Sunday.

The Millennium Art Festival takes place tomorrow and Sunday on Michigan Avenue and Lake Street. Be sure to take in some culture before heading off to Taste Of Chicago.

The Powerpop Showcase coming to Subterranean on North Avenue next Thursday, July 14 will include performances by Mooner, Twins, and Arts And Letters.

Graham Crackers Comics is having a Doctor Who Day Signing at its downtown location tomorrow from noon to 3:00 PM. Fans will have a chance to meet artists Andrew Pepoy and Jason Millet.

The Square Roots festival is taking place this weekend on Lincoln Avenue between Montrose and Wilson. Lydia Loveless, Cracker, and Dolly Varden are among the music acts scheduled, and there will be craft beer, dance lessons, and a kid zone.

According to Chicago Tribune media columnist Robert Feder, WXRT air personality Terri Hemmert’s weekly Breakfast With The Beatles program will not go missing while she takes a month off to recover from back surgery. Hemmert, who hopefully will be well enough for her annual master of ceremonies gig at Fest For Beatles Fans - Chicago in August, recorded some episodes of Breakfast before her surgery.

Drazin’s Destiny. Piano accompanist and former member of the Famous In The Future comedy group David Drazin will be providing a live soundtrack to the classic Fritz Lang silent film Destiny next Saturday at 3:00 p.m. at the Gene Siskel Film Center.

Chicago-based quartet Wired Minds have a release party coming up on July 23 at Schubas for their second EP The Death Of The Fear. “Listening,” the first single, is an impressive techno/guitar-driven tune with emotive vocals.

I was happy to see Chicago’s reluctant celebrity The Walking Man downtown yesterday with a faint but gracious smile on his face. He’s apparently recovered enough from a recent attack to get back to doing what he does best. Contrary to speculation following his being hospitalized, The Walking Man did not lose his eyesight.
Posted by Terry Flamm at 10:45 PM