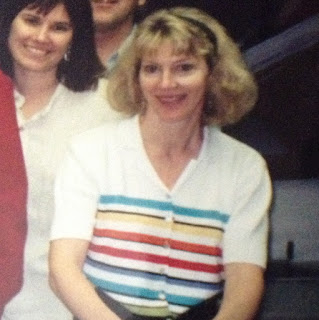 When WXRT news anchor Mary Dixon announced early this morning that Leslie Witt, a longtime air-personality at the FM alternative rock station had passed away from ovarian cancer, I’m sure it shocked and saddened a lot of people. WXRT is a rarity in the radio business in that it has kept the same format for decades while most of its deejays build long-term relationships with their listeners. Even by those standards, Witt’s tenure was an amazing one.

She had already been onboard for a year and a half when I did a piece about WXRT for a local free paper called Metro Entertainment Calendar back in 1979. This was when the station was still located on Belmont Avenue. I spoke with her on the phone as part of a series of interviews I did with the air staff. Witt was just as friendly and easy going as she was on the radio as we talked about her “Hangover Special” show on Saturday and Sunday mornings, as well as her 2:00 a.m. to 6:00 a.m. shift on Monday through Wednesday.

The WXRT staff paid tribute to and shared memories of Witt throughout today on Facebook, the station’s website, and on the air. Several remarked on the support she gave them, her courageous struggle against her disease, and how she was still going to rock concerts even within the past few weeks. Witt’s family is asking fans to consider making a donation to the Ovarian Cancer National Alliance.
Posted by Terry Flamm at 9:45 PM