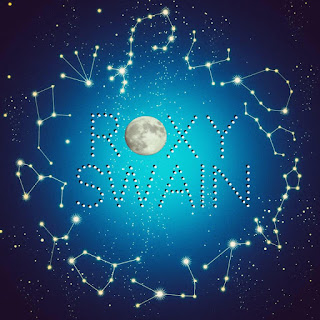 Roxy Swain’s third album Beneath Full Moonlight had its digital release back in April but the vinyl edition came out via a release party at the Elbo Room on Lincoln Avenue just last month. Written by all four band members, these songs once again showcase lead vocalist-rhythm guitarist Roxy Swain’s evocative vocals, while exploring rock, soul, and Country and Western. There’s a variety of emotions at work here as well, mostly set to melodic, mid-tempo arrangements led by Matt Walters on guitar and keyboards.

“Set The House On Fire” presents an escapee from an unhappy relationship, and whether the title act was real or metaphorical, she’s feeling empowered and guilt free. An entirely different set of emotions emerges on the Country and Western/alt rock tune “Ash In My Mouth,” as a woman mourns being left behind by someone she loved. Grooving to the rhythm section of drummer Chuck Harling and bassist Jeffrey Altergott, Swain’s at her most playful on “She Who Hesitates” as a woman cruising the dating scene after too many years of waiting for the perfect guy.

Walters’ guitar playing propels “The Conversation,” another emotional song about a stagnant relationship. A few songs on Beneath Full Moonlight sound too much the same, but the catchy “Falling Below” benefits from Swain’s sultry approach. “Son” is easily the most energetic track; sounding at times like it could spin out of control. But in a good way.
Posted by Terry Flamm at 9:24 PM