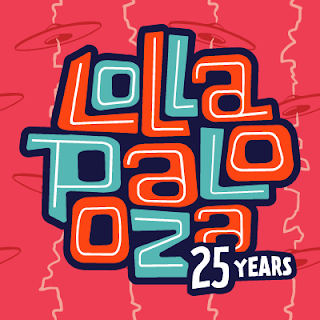 So the biggest thing going on in the Chicago area this weekend is the Blue Whiskey Independent Film Festival at the AMC Randhurst movie theatre in Mount Prospect. Actually, Lollapalooza is the hottest thing in town right now but BWiFF has its merits as well. The annual event continues tonight with the feature film Jasmine, a murder mystery set in Hong Kong, and four short films. Tomorrow night, Open Tables, a feature film set in trendy Chicago and Paris restaurants will be screened, preceded by a selection of short films. On Sunday, the activity moves to Star Cinema Grill in Arlington Heights as Blue Whiskey holds its 2016 Blue Glass Awards ceremony, followed the music documentary Ron Pope: One Way Ticket. I’ve covered the Blue Whiskey Independent Film Festival more extensively in previous years, but a busy work schedule wreaked havoc with my blog plans for this week.

Chicago alt rock station WXRT has plenty of Lollapalooza programming going on this weekend, with backstage coverage from Grant Park and interviews with founder Perry Farrell and several of the musicians performing. Marty Lennartz, a master of the art of conversation, whether he’s talking to a world-famous band, a local act, or even one of the station’s fans, will be doing the bulk of the interviews.

You can also find helpful Lollapalooza tips in this week’s Reader, Redeye, and Chicago Sun-Times. If you still have a copy of last Sunday’s Chicago Tribune laying around, there’s a two-page spread in the Arts and Entertainment section with longtime rock critic Greg Kot’s recommendations and a complete grid of the Lollapalooza schedule.

Also, the current issue of Streetwise has a rundown compiled by Micaela Berz of Lollapalooza After Party events taking place at Metro, The Vic, Lincoln Hall, House Of Blues, and several other locations. Streetwise has been helping homeless people get their lives together for a few decades now, and its coverage of local entertainment has been particularly impressive lately. Pick up a copy for $2 from one of the vendors downtown.

Bobby Elliott, an original and current member of The Hollies, and Danny Handley of The Animals will be performing at a Blues and Rock Evening fundraising event tomorrow, July 30, at Cafe Cargo in Foulridge in the UK. They’re looking to raise funds to preserve an area called the Green Fields of Colne.

There will be a showcase of blazing guitars this Sunday night when rock hero Jeff Beck and blues icon Buddy Guy share the bill at Ravinia. Bryan Ferry comes to Ravinia next Saturday, August 6.

Tellin’s Tales Theatre’s Classroom Drama - Teachers Tell Tales Out of School. . . wraps up this weekend at Prop Thtr on Elston Avenue. The show features Lily Be, Beth Ann Bryant-Richards, and Tekkie Lomnicki, along with a Substitute Teacher for each show. Jack Murphy gets his turn tomorrow night when he performs I Was The Walrus, a piece about how he taught a Beatles class at a local high school. Tickets are $20, show time is 8:00 p.m. tonight and Saturday, and 7:00 p.m. on Sunday.

Tickets went on sale this past Thursday for the Robyn Hitchcock show with special guest Emma Swift at City Winery Chicago. Elsewhere on the concert scene, Guided By Voices are coming to Metro on September 3.

The trailer for director Ronny Howard’s documentary The Beatles: Eight Days A Week - The Touring Years has been popping up on various websites (Huffington Post and Rolling Stone, for example) and it looks like all that performance footage of the band’s early days is going to make for some fascinating widescreen viewing and listening.

L7, known for provocative, hard-edged, and melodic tunes like “Pretend We’re Dead” and “Shitlist,” will be rocking down the walls at Metro next Saturday night, August 6.

Who’ll stop the rain? A concert by The Fortunate Sons, a Creedence Clearwater Revival tribute band scheduled for tonight at the outdoor Fred P. Hall Amphitheater in Palatine, was cancelled due to complications with the weather.

Lush - September 18 at The Vic

The Buzzcocks - September 22 - The Vic

The Smithereens - September 25 at City Winery

Elvis Costello’s Imperial Bedroom And Other Chambers Tour - October 29 at The Chicago Theatre
Posted by Terry Flamm at 11:35 PM