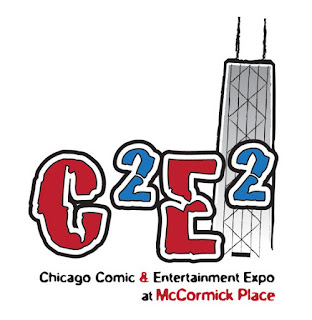 C2E2 (Chicago Comic and Entertainment Expo) opened yesterday and runs through Sunday in the South Building at McCormick Place on Lake Shore Drive. Actor John Cusack, best known for his roles in Love And Mercy and High Fidelity, is among the guests, along with Melissa Benoist from Supergirl; Edward James Olmos and Mary McDonnell from Battlestar Galactica; John Ratzenberger from Toy Story and Cheers; and D.B. Sweeney from the White Sox movie Eight Men Out.

The very first Teenage Literary Festival will be held April 15 and 16 at Harold Washington Library and Columbia College. The event is free of charge.

Aimee Mann has a show in Chicago on May 9 show at the Old Town School Of Folk Music. Also coming up at the venue are Chris Hillman and Herb Pedersen on April 8, and Marshall Crenshaw and The Bottle Rockets on April 9.

Tickets went on sale today for; the Graham Parker Duo (Parker and Brinsley Schwarz) at FitzGerald’s on April 20; and Alice Peacock at City Winery on June 11.
Posted by Terry Flamm at 10:15 PM