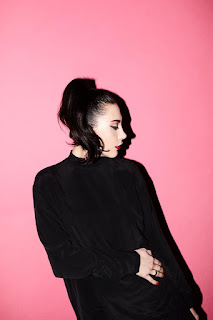 Fans of The Dum Dum Girls will likely be intrigued by the new Kristine Kontrol project from the band's lead vocalist and founding member Dee Dee. The Official Dum Dum Girls Facebook page has more information and a short promo clip.

BeatleJuice, the nine-piece ensemble that won the Battle Of The Beatles Bands competition at last year's Fest For Beatles Fans - Chicago, will be performing tonight at Peggy Kinnane's in Arlington Heights.

David Drazin, who like me, was a founding member of the Famous In The Future comedy group, will be providing the piano accompaniment when Erich von Stroheim's1924 silent film Greed is shown at the Mary and Leigh Block Museum Of Art in Evanston tomorrow afternoon at 1:00 PM.

Creedence Clearwater Revisited will be performing at Arcada in St. Charles tomorrow night.

Los Lobos will tap into their impressive repertoire of songs like “Will The Wolf Survive,” “Shakin’, Shakin’, Shakes,” and “Set Me Free (Rosa Lee)” when they perform this Sunday at the McAnnich Arts Center at College of DuPage. They’re sharing the bill with special guests Ballet Folklorico Mexicano.

Tomorrow is the last chance to see The Signal Ensemble Theatre’s critically acclaimed production of Heidi Schrek’s The Consultant.

The more I listen to the new Shadow of the Marigold CD from Whitewolfsonicprincess in preparation for a review that should post here sometime next week, the more I'm impressed with its stark, inventive imagery and textured arrangements. This is the third effort from the Chicago indie rock band, which is fronted by vocalist Carla Hayden and vocalist-guitarist James Moeller. Whitewolfsonicprincess has a release party for Shadow Of The Marigold next Saturday night at Silvie's Lounge in Chicago.

Christopher David from the Chicago alt rock band Magatha Trysty has a release party for The Houdini Tapes coming up next Saturday, February 27 at The Elbo Room on Lincoln Avenue. In my recent review of David's solo effort, I noted that it was a change of pace for him, but still showcased his knack for creating strong melodies and intriguing if sometimes cryptic lyrics.

The Gene Siskel Film Center in downtown Chicago is holding a Hollywood On State: Where You're The Star Oscar Viewing Party next Sunday night. The event opens with a Red Carpet, food and drinks at 6:00 PM, followed by the live Academy Awards telecast at 7:30 PM. General Admission is $100, or $200 for the VIP Lounge.

Indie rock band Save The Clocktower will play its first gig of 2016 at the Cubby Bear on Clark Street next Saturday night.
Posted by Terry Flamm at 10:11 PM