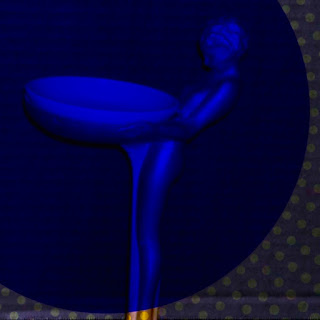 The challenge in judging this new mostly acoustic and low-key solo effort from Christopher David is that it's so far afield from his work with the indie rock band Magatha Trysty. Plus, much of that band's appeal stems from the dynamic vocal interplay between David and singer-keyboards player Catherine Louise. When you're used to high-powered gems like "Clairvoyant," it's hard not to approach a project like this with a bit of caution. But David has always shown a knack for creating strong melodies and intriguing if sometimes cryptic lyrics, and that talent continues in abundance on The Houdini Tapes.

The album ends with a pair of songs that are a bit too sedate, but prior to that, there's an entertaining mix of ballads and more energetic tracks that finds David broadening his approach. On "Easier To Run," he adds a touch of synthesizer to an easy-going arrangement, and the imaginative fable "Black Crown" has the feel of a classic rock ballad. "Before And After The Crash" is a tuneful and heartfelt look at a crumbling relationship from a guy who wonders if there ever was anything real about it. "Crime Of The Century," with its fuzzed-out electric guitar and driving beat, and the abrasive "Something Better" provide some harder-edged excitement, but even without them, The Houdini Tapes would be an engaging and successful side project.

Christopher David has a release party for The Houdini Tapes coming up on February 27 at The Elbo Room on Lincoln Avenue.
Posted by Terry Flamm at 9:39 PM