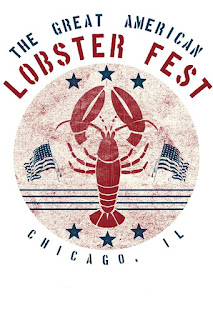 August, rock she must. This is one of the most festive and important weekends on the Broken Hearted Toy calendar. The Fest For Beatles Fans - Chicago and the Mary-Arrchie Theatre’s  Abbie Hoffman Died For Our Sins festival both run today through Sunday. And being an airplane buff since childhood, I’ll also have to find time to check out The Chicago Air And Water Show on the lakefront.

Abbie Hoffman Died For Our Sins brings performers from across Chicago’s vibrant theatre community to the Mary-Arrchie Theatre on the city’s northside. Artistic Director Rich Cotovsky oversees a chaotic and virtually nonstop barrage of drama, comedy, music, and performance art that he jokingly concedes he shouldn’t be possible to pull off. But somehow he always does. Check out my Abbie Fest Preview posted this past Tuesday for more info, and the Abbie Hoffman Died For Our Sins Facebook page for updates throughout the festival.

The Chicago Air And Water Show is staged along one of the most popular areas on Chicago’s lakefront, which helps add a party atmosphere to the event’s breathtaking display of aerial acrobatics. There are also companies offering food samples, promo items, and chances to win prizes.

The Great American Lobster Fest returns to Chicago’s Navy Pier tomorrow and Sunday. The Original Wailers, who backed reggae superstar Bob Marley, will headline both nights. Other acts scheduled to perform include Burnside And Hooker, a coed band that weaves theatrical elements within jazz and rock arrangements; the folk rock act The Future Laureates; and Honey And The 45s, a soul/jazz act fronted by two women lead vocalists.

The final outdoor concert in Palatine’s 2015 Sounds Of Summer series takes place tonight at the Fred P. Hall Amphitheater, and it looks like a good one. Lance Lapinsky and The Lovers perform 1950s and 1960s style music with an emphasis on unbridled piano playing. Lapinksy was a cast member in the Chicago production of Million Dollar Quartet.

Also, in Palatine, The Freemont Theater Company will wrap up its production of the hit musical How To Succeed In Business Without Really Trying at Cutting Hall in Palatine. It will be performed Friday through Sunday.

Yes, he’s gonna throw a party, party. Smithereens lead vocalist-guitarist Pat DiNizio is bringing back his FAN-tastic Fan Fest format to celebrate his 60th birthday on October 10 at the Italian American Hall in Scotch Plains, New Jersey. The Smithereens, Marshall Crenshaw, and The Grip Weeds will be performing, with other musical guests to be added soon. The event will also serve as a fundraiser to help pay for surgery DiNizio needs on his arm and hand. Tickets are available through PayPal for $99.99 and must be purchased in advance. See The Smithereens Facebook page for more information.

LaGrange used to have a Borders book store in its downtown area and now it’s got an Anderson’s Book Store that just opened this month. Anderson’s is known for the many author-related events it holds at its Naperville and Downers Grove locations, and there are already some being lined for this new space.

Wizard World Comic Con Chicago runs next Thursday, August 20 through Sunday, August 24 at the Donald E. Stephens Center in Rosemont. Billie Piper and Arthur Darville from Doctor Who are among the many celebrity guests. I’m calling it Rory Williams Comic Con Chicago because Darville, who played that character on the sci-fi series, isn’t being promoted as much as he deserves for this event.

Reason number 5,257 why I want to visit England again. There will be a Rolling Stones memorabilia exhibit called Exhibitionism at the Saatchi Gallery in London from April September 2016. Check out the amazing promo video on the official website.

Philamonjaro Studio will present an opening reception for its exhibit featuring Howard Greenblatt’s photos of Tut’s at the Blues Heaven club next Saturday, August 22nd, from noon to 3:00 PM. Tut’s played host to some of alt rock’s best bands—including Los Lobos, X, The Replacements, and Missing Persons, along with Chicago’s best acts—from 1979 to 1984. The exhibit will run for about six weeks. Blues Heaven is located at 2120 S. Michigan Avenue.

The New Invaders, an honorary tribute band of A Hollies Summer In Chicago due to their inclusion of Hollies songs at many of their shows, will be performing a Summer Lunchtime Concert from 11:30 AM to 1:30 PM on Friday, August 21 at the Willis Tower (Sears Tower) in downtown Chicago.

The waiting is almost over for fans of Tributosaurus who enjoy when the eclectic and critically acclaimed tribute band plays Tom Petty songs. Tributosaurus has covered Petty in the past, and will be doing it again on September 4 as part of the Taste Of Pononia festival taking place September 4 through 7 outside the Copernicus Center in Jefferson Park.

Down by the river. The band Frisbie will be performing on Chicago’s Downtown River Walk from 1:00 to 3:00 PM next Saturday, August 22nd. I’ve heard that the bands play by the stairs at LaSalle, but if that’s not the case, just follow the sound of ringing guitars to the right location.

I haven't been able to find much info on this, but the first ever West Loop Art Fest takes place next Saturday and Sunday on Washington Boulevard, between Halsted and Aberdeen. Admission is $10.

The good news keeps rolling in for Squeeze fans. Founding members Chris Difford & Glenn Tilbrook have two acoustic shows coming in November at Park West in Chicago, and the band recently announced plans to release its first album of new material in 17 years. Cradle To The Grave drops October 2, but fans can order a limited edition CD version that comes with individually numbered collector inserts. The tracks will be the same as on the version that comes out in October.

Herb Eimerman, who sings and plays bass with the international power pop trio The Britannicas, and once teamed with Shoes member Jeff Murphy as The Nerk Twins, has a solo EP coming out August 28 on the Ego indie label. The five-song Five Dimensional Man features Eimerman providing just about all the instruments and vocals. It was produced by his Britannicas mate Joe Algeri. I’ll be reviewing Five Dimensional Man in the near future. Hopefully, I’ll also be getting to reviews of new efforts by Wilco, Jack Scratch,  Larry O. Dean, and some new imports from the UK label Fruits der Mer.
Posted by Terry Flamm at 1:30 PM