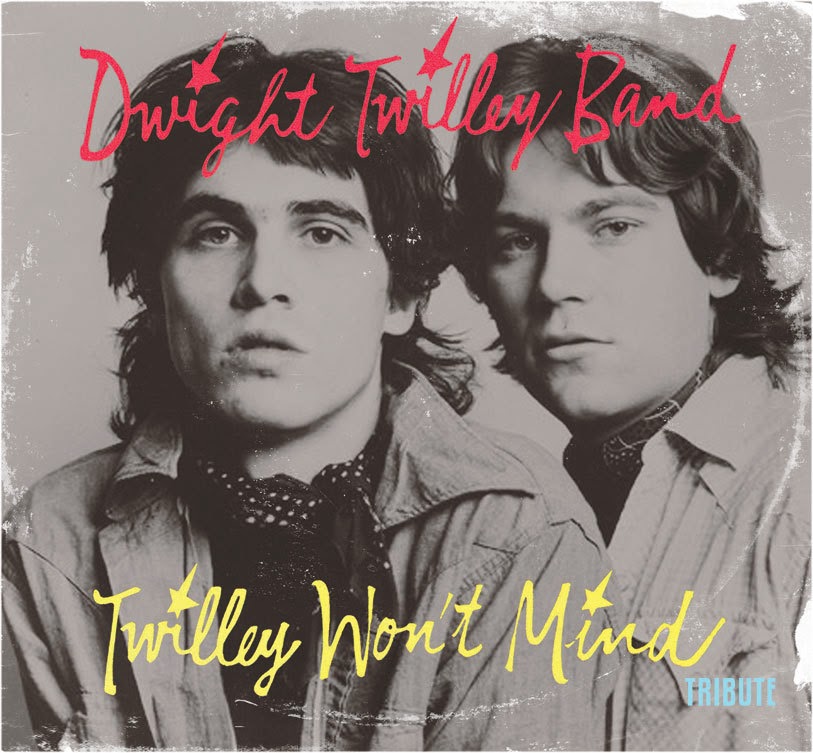 As mentioned earlier here on BHT, EXPO ‘76  will be performing a wide range of cover songs tonight at The Blues Bar in Mount Prospect. Members include singer-guitarist Dag Juhlin, who has performed with The Slugs and Poi Dog Pondering; and Kenn Goodman, who is the founder of Pravda Records and was a member of the band The Service.

There’s a Dwight Twilley tribute CD called Twilley Won’t Mind coming out in June on the Australian Zero Hour Records label, and it has a Chicago connection. Bassist-vocalist Herb Eimerman from the international power pop trio The Britannicas (which also includes Aussie Joe Algeri) played bass on a song by The Slapbacks, which includes Bobby Sutliff, Keith Klingensmith, and John Borack. Other artists involved include Lannie Flowers, Chris Silagyi from 20/20; Esa Lina; and The Bottle Kids. Zero Hour has posted a three-song sampler of Twilley Won’t Mind on YouTube. The CD is now available for pre-order on the Zero Hour website.

The Handcuffs have announced a series of dates for the upcoming warmer months. They’ll be at Martyrs’ on May 30th along with Steepwater and Star Darts; at the Roscoe Village Burger Fest on July 12th; and they’ll return to the Halsted Market Street Days again this year, on August 10th.

Also at Burger Fest on the same day, but on a different stage at a different time, the recently reunited Catfight will be performing. Other acts scheduled to appear include Treaty Of Paris; Better Than Ezra; American English; Fort Frances; and This Must Be The Band.

The Muffs, fronted by singer-guitarist Kim Shattuck, have Whoop Dee Doo, their first release in some time, coming out on July 29th. Shattuck also toured as a member of The Pixies not so long ago.

There’s a tribute to The Who coming up at Mayne Stage on June 7th called CAUDog Records Presents Ellis Clark and Phil Angotti’s Pinball Wizard Orchestra (A Special Mod Tribute To The Music Of The Who). Clark and Angotti will be joined by Carla Prather from Poi Dog Pondering; as well as Jordy Kozer and Charlie Short from The Webstirs. The Mayne Stage website lists this show as starting at 8:00 PM; tickets are $12.

Other interesting shows coming up in June at Mayne Stage include The Amazing Heeby Jeebies, a self-described “garagabilly” band led by vocalist Ary Paloma Lupine on the 6th (this is actually at the Act One Pub part of Mayne Stage); Chicago’s punk pioneers Tutu And The Pirates, along with The Lucky Three and JD’s Revenge also on the 6th; local ska favorites Heavy Manners, along with Skapone and Guns And Ammunition on on the 27th; and a power pop double bill of Tommy Keene and Pezband  on the 27th.

Help Keep Zombies In Elgin. Over the past few years, Jeff Kelley of the Sunday Morning Coffee With Jeff internet show has collaborated with graphic designer David Metzger on a series of comedic film clips that were used as part of the city of Elgin’s Halloween festivities. I’ve been in a few of their bits; playing a noted author on the living dead; a reporter at a mayor’s press conference; and a hot-headed politician bent on all-out zombie destruction. Kelley’s internet show is on summer vacation, and he’s now doing a podcast which can be heard on iTunes. On a recent episode, he announced that he’s looking to put together a film crew to assist with this year’s zombie magic. Anyone interested in helping out can contact Kelley at coffeewithjeff@gmail.com

The latest WXRT VIP email brings news of some interesting shows coming up in the next few months. Such as Shawn Colvin and Steve Earle at the newly revived Thalia Hall on June 6th; Guster and G. Love and Special Sauce at The World’s Largest Block Party on June 27th; and Tom Petty And The Heartbreakers with Steve Windwood at The United Center on August 23rd.

Someone invite Little Steven. Dick Dale, the guitarist whose instrumental surf rock emerged in the 1950s and still resonates with fans of underground music today, is coming to Durty Nellie’s in Palatine on July 16th.

Mary-Arrchie Theatre recently posted on Facebook that one of its members, director/actor Carlo Lorenzo Garcia is writing and producing a new TV show called Cowl Girl. So far, the cast includes actors who performed in recent Mary-Arrchie productions, including Preston Tate, Jr. from Superior Donuts; Monte LaMonte, from Bartleby The Scrivener; and Bill Daniel from Horse Dreamer. It has also been strongly suggested that Mary-Archie Artistic Director and Superior Donuts actor Richard Cotovsky will also be involved. Cow Girl is seeking financial backing through a fundraising campaign.

A Method to his Mattness? Singer-songwriter Matthew Sweet has recorded three volumes in the Under The Covers series of tribute CDs with Susanna Hoffs, and he did some producing on their 2011 release, Sweetheart Of The Sun. I just noticed he’s booked to play City Winery in Chicago on July 25th, which is just two days before The Bangles arrive for shows on the 27th and 28th. I would be interesting to see some cross pollination between the Sweet and Bangles shows.