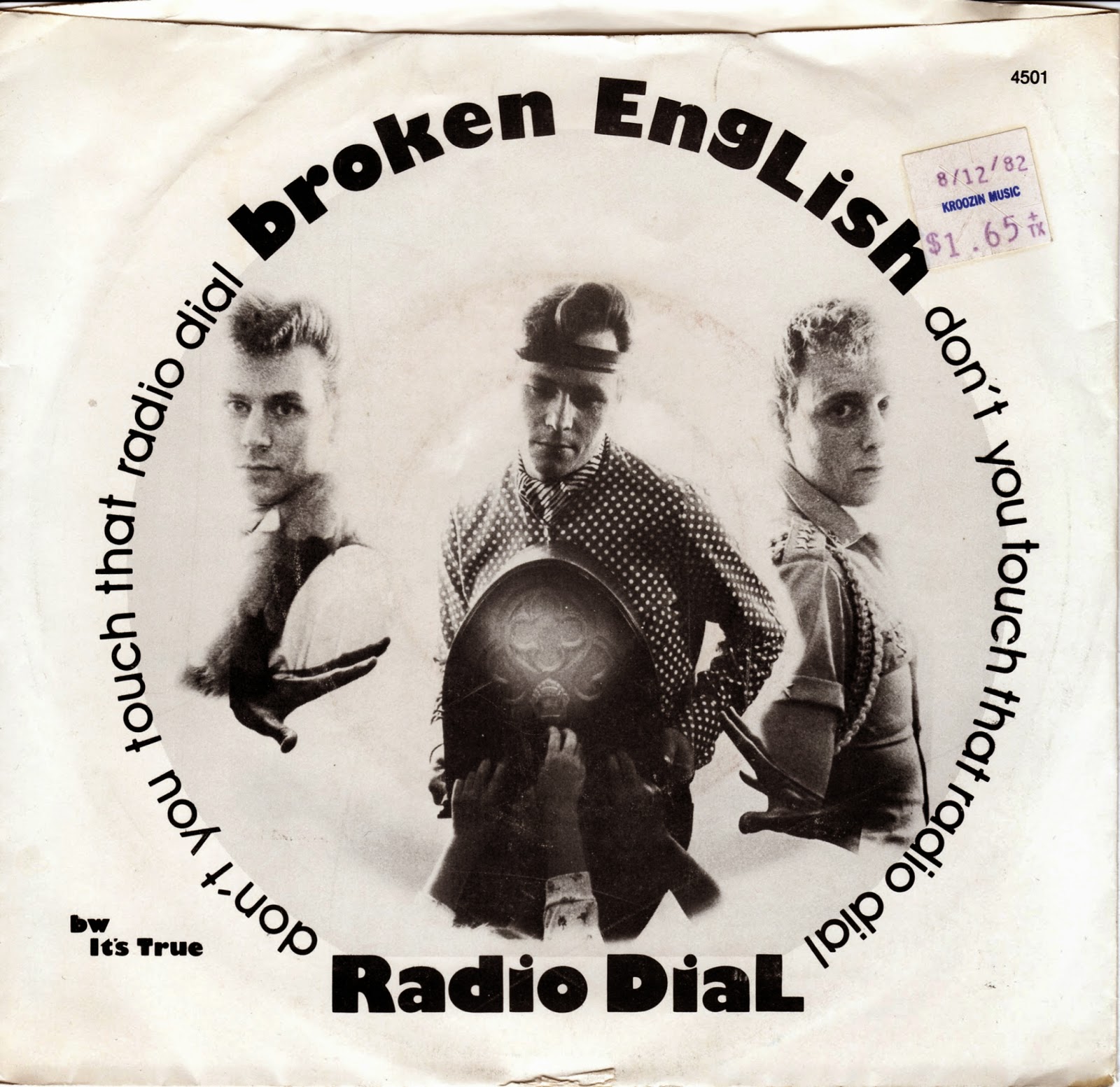 Yesterday’s post today. I had this in the queue to post last night, but I didn’t get home until after midnight due to being at the Colin Blunstone concert at City Winery.

“Don’t You Touch That Radio Dial” by broken English was released in 1982, amidst one of Chicago’s numerous fertile eras of local bands. Back then, it was always worth browsing through the 45s section of record stores like Wax Trax on Lincoln Avenue, or those islands of hip culture on the city’s southwest side, Kroozin Music. I can’t say for sure if I ever saw this group perform live on the club scene, but I have a pretty strong feeling I did. I liked the 45 enough to record the A and B Sides for my mixed tape collection.

Although there are only three guys pictured on the sleeve (with their rockabilly hair styled by Razzel Do’s, according to the credits) seven musicians are credited with having worked on this record. Johhny Huff sang lead on “Don’t You Touch That Radio Dial,” a catchy song that opened with the sound of static before moving on to a warning about losing the beat if you switch the station. Backup vocals from Richie Barker and Glenn Barker (G.B. The Kid) add to the fun, and there’s a spirited instrumental break featuring Richie on guitar. This song was good enough to be a hit on the radio, but sadly, it never was.

Richie Barker takes over as lead vocalist on the B Side “It’s True,” leading the way through an alluring power pop tune about a guy trying to win back his girlfriend. With its ringing guitars and elaborate harmonies, “Its True” is actually the better of the two songs on this record. Listening to those tracks now, I’d say they both have stood the test of time.
Posted by Terry Flamm at 11:56 AM