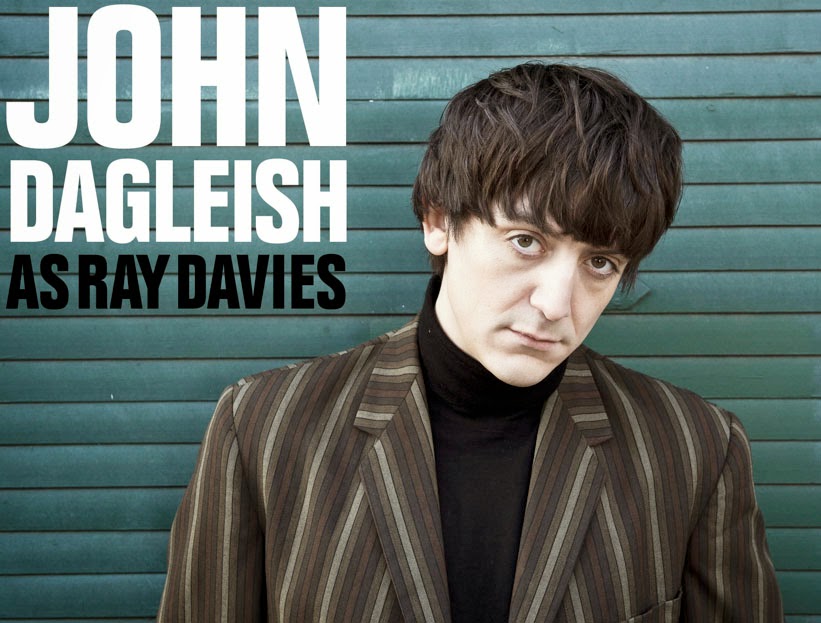 Theatre Nebula’s production of Monty Python’s Spamalot continues its run at Cutting Hall this weekend, with shows tonight and tomorrow at 8:00 PM and on Sunday at 3:00 PM. I posted a review of the musical here on BHT last Monday.

The hard-edged power pop band Van Go also has a gig tomorrow night. The band, lead by lead vocalist Davey Sippel, will at one of its favorite clubs, Phyllis’ Musical Inn. The 7th Year and The Deadly Bungalows are also on the bill. The show starts at 10:00PM.

Let me tell you ‘bout The Byrds and The Beatles. The Cheetles, a band of seasoned musicians that covers The Beatles straight up, without theatrics, will be performing at 27 Live in Evanston tomorrow night at 10PM. The opening act will be Phil Angotti’s Younger Than Yesterday Band, which includes  Eric Chial, Brian Stout, and Jason Styx. The Younger Than Yesterday Band will be doing a tribute to The Byrds.

Here in the States, we’re used to seeing actress Karen Gillan contending with hostile alien beings on Doctor Who; trying to get an evil mirror to fess up to its crimes in Occulus, and in the upcoming film Marvel’s Guardians of the Galaxy, she’ll be a bald and blue villain called Nebula. We missed her romantic comedy Not Another Happy Ending, because it wasn’t released over here. But now we Yanks will get to witness Gillan’s comedic side because her new sitcom Selfie, has been picked up by ABC for next fall. The Nerdist website has an exlusive interview with her.

Handler, a Chicago-based group that includes musicians from I Fight Dragons and The Chicago Afrobeat Project, will be performing at Martyrs’ next Wednesday, May 21. Derby Soul and Eddie Dixon are also on the bill. The music starts at 8:00 PM, admission is $7.

Kinks fans have always relished the ability of Ray Davies to set compelling tales and biting satire to well-crafted melodies. Now he’s behind a new musical titled Sunny Afternoon that kronicles the Kinks’ career. It runs through May 24th at the Hampstead Theatre in London and includes the songs “A Well Respected Man” and “Lola.”

Critic Alex Bellotti gives Sunny Afternoon four stars, but notes, “Ray’s version of the legendary story behind the conception of “You Really Got Me” is sure to infuriate not just [his brother] Dave, but diehard Kinks fans.” Dave Davies recently posted a thumbs down on Facebook, stating, “The present script is full of inaccuracies. I do not endorse this play in any way.”

Still, the show has sold out its run, and I can’t help hoping it will make its way to America, and Chicago in particular. Maybe with some edits that will be to the liking of Dave Davies.

The Bad Examples will bring their motherlode of infectious power pop songs to FitzGerald’s in Berwyn next Friday night, May 23rd.

Speaking of FitzGerald’s, the club will hold its 33rd Annual American Music Festival on July 2nd, 3rd, 4th, and 5th.  Some of the acts include the Marcia Ball Band; Joe Pug; Tributosaurus becomes The Band; Alejandro Escovedo; The Bottle Rockets; Shemekia Copeland; Joe Ely with Reckless Eric; and Terrance Simien and the Sensitive Boys. The full schedule is on the FitzGerald’s website.
Posted by Terry Flamm at 11:40 PM

Hi Terry - this is only my second or third bowlful of delicious slumgullion, so I'll definitely be coming back for another heaping helping.
RE: "Sunny Afternoon", I'm wondering how/in what way the stage version of 'You Really Got Me's genesis differs from Dave's, or for that matter, from what we've read/seen/heard every few years since 1964? I'm by no means the first to question Ray's mercurial recall of the Kink's illustrious past. Seems he's already taken a few 'creative licenses' in retelling the Kink-story. He certainly does not share a reputation for scrupulous attention to accuracy and detail with folks such as Robert Fripp or Bill Wyman, to name two. Will the real origin story please stand up?

On a related note, I personally feel that jukebox musicals are among the lowest forms of stage entertainment around, although, in this instance, at least one of the original artists is involved. I was similarly intrigued by (but missed out on seeing) 'Once Upon A Dream", the Young Rascals own greatest hits/band story stage show which was here a year or so ago. Their very own 'Jersey Boys'...

Thanks again for the entertaining and informative blog!
NLS