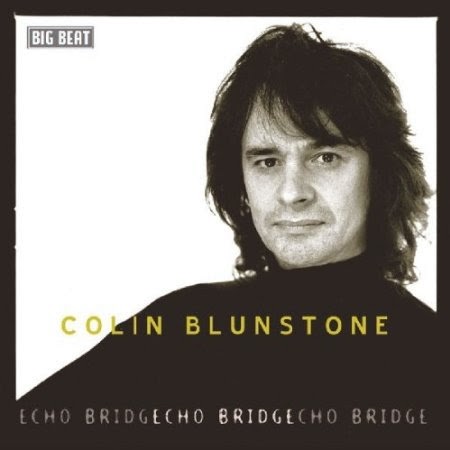 I’ve had a request or two for a link to my interview with Colin Blunstone in the May issue of the Illinois Entertainer. The publication offers a digital version on its official website, but my prehistoric computer has trouble navigating it. For those who might have similar technical difficulties, or just want to save some time, here is a BHT post of that interview.

But first, a few reminders:

Phil Angotti’s Younger Than Yesterday Band performs a Byrds Tribute tonight at Reggie’s Music Joint. Phil will surely be in good spirits since his beloved Blackhawks won Game Five of the NHL Western Conference Finals last night. Eric Chial, whose band The Bon Mots recently released a new album titled Best Revenge, will be among Angotti’s feathered friends, along with Brian Stout and Jason Styx. By the way, Byrds fans might want to check the Facebook page, Henry Diltz Photography for some cool photos of the group.

Also, Soundtrack Serenade is performing songs from This Is Spinal Tap tonight at Martyrs’ as a benefit for the Box Of Stars charity.

Hello: My Name Is Colin

You have a solo gig coming up at City Winery in Chicago on  May 15th. How will it be different from your shows with The Zombies?  I’ve tried to make it as different as possible. I’ll only be playing two songs by The Zombies. There will be 22 songs in the show, so there will be a lot of my material. That’s different from performing with The Zombies where we do a lot of Rod Argent and Chris White songs. In New York, I’m going to be performing with a string quintet. I wish I could have a string quintet for the whole tour, but it’s just budget restraints, really.

Who are the musicians you’ll be using for your solo show? Guitarist Tom Toomey has been performing with me for about 15 years. He’s now also a member of The Zombies, and he came to them through me. Pete Billington has been playing keyboards with me for years. We’re using drummer Steve Rodford from The Zombies because my regular drummer’s wife just had a baby. This band has been together for 5 years but we’ve never played in the States. It’s a big thrill for British musicians to play in America.

Are you familiar with your opening act, Edward Rogers? Edward Rogers will be the opening act for my entire tour. He’s a very good singer-songwriter. I’ve known him as a friend for 15 years. I’ve seen his shows before and he’s seen mine, but I’ve never actually performed with him. It’s going to be fun.

You’ve released nine solo albums over the years. That sounds about right. I usually don’t keep a count, but someone else brought it up recently, so that’s how I know. The songs I’m doing from my solo LPs still feel as fresh and relevant as when I first recorded them.

Will your show draw mostly from your most recent solo release, On The Air Tonight, or will it touch on all of them? It’s a cross section, definitely. This may sound corny, but you could think of it as a musical journey, right up from 1964. I take songs from every part of my career. I’ll also be doing songs I’ve done with other groups, like “Old And Wise” from The Alan Parsons Project’s Eye In The Sky album. And I’m constantly reassessing the songs I play.

How do you think American audiences will respond to your solo material? It’s going to be interesting. I don’t know how much of my material American audiences will be familiar with. Sometimes, people surprise me at shows by saying they have my solo albums. I’ve never had a hit in America, so I’m going to have to keep explaining that I had six or seven hits in the UK. I had a huge hit in the UK with the Denny Laine song “Say you Don’t Mind” from my first solo album. It was just me and the strings with no rhythm section. We’ll be playing that in my solo show.

Critics have said The Zombies were ahead of your time, considering the way you incorporated blues and jazz. I think we did draw influences from a variety of sources, like jazz and blues. It was one of our strengths because it made us sound different from other bands. It was also a bit of a weakness because people didn’t know how to categorize us. A lot of radio stations were hesitant to play our songs. Since we’ve been back, there are more people trying to influence our repertoire decisions, but that’s not how we’ve ever worked. Some acts today are forced to make a record they didn't want to make, and if it’s a hit, they have to go out for at least the next 18 months performing something that didn't really mean anything to them in the first place. I’ve been making records for 50 years, and I can tell you no one knows what’s going to be a hit record. And that’s what makes the music business so much fun. “Time Of The Season” was Number One on Billboard and Number 2 on Cashbox, but I can assure you it was never a hit in the UK.

City Winery often pairs a concert with a special wine that’s named after the performer. Will that be happening at your show? It is. I’d forgotten about that until you reminded me. It’s going to be a fine red wine. I’ll have to sample some. I’d like to have some bottles packed up and sent to me. I wouldn’t want to put one in my suitcase because it might break.

You mentioned before that it’s a thrill for British musicians to perform in America. Does Chicago has a special significance, in terms of its role in the development of the blues? Of course. The history of the blues in Chicago is important to us. And not only that, I remember playing Chicago when I was with the original lineup of The Zombies. And when we reformed, Chicago was one of the first places we played. We didn’t know what to expect, but the place was packed. It was sort of like stepping into the unknown. In a way, this [solo tour] is the same thing again.
Posted by Terry Flamm at 12:03 PM