Dolenz, Noone, And Pender Set To Make Fest For Beatles Fans - Chicago Debut 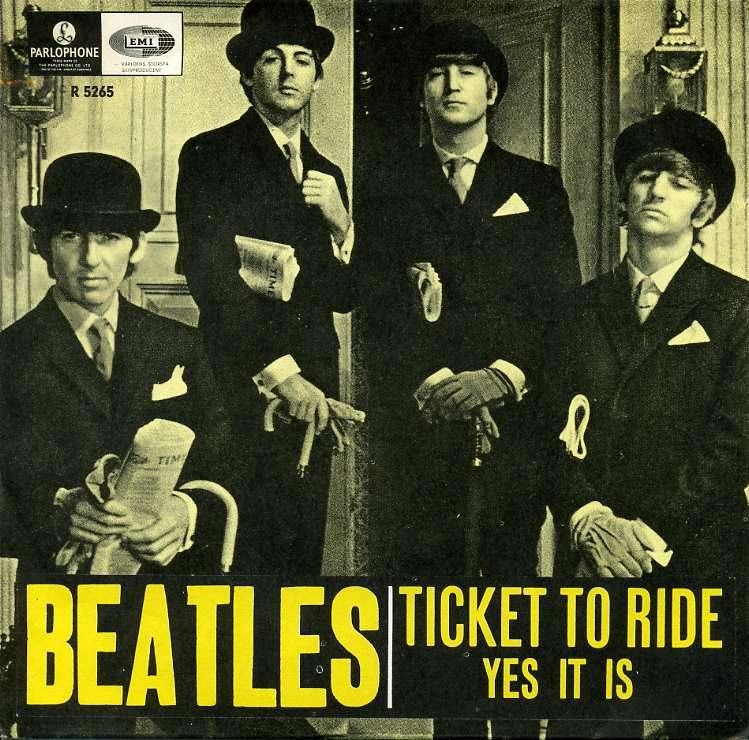 “Ticket To Ride” 45 Sleeve From The Fest For Beatles Fans Facebook page.

Last Sunday, on her Breakfast With The Beatles show on WXRT, Terri Hemmert announced the guests for this year’s Fest For Beatles Fans - Chicago. The information can also be found on the Fest’s official website. There are definitely some new faces this year, along with the regular participants. Hemmert will once again serve as Master Of Ceremonies as Fest For Beatles Fans takes place at the Hyatt Regency O’Hara in suburban Rosemont on August 15th through 17th.

Sadly, the Chicago version won’t be nearly as ambitious as New York’s was this past February, when several events were staged to commemorate the 50th Anniversary of The Beatles coming to the city to perform on The Ed Sullivan Show. Maybe next year, Fest For Beatles Fans - Chicago will create a Comiskey Park replica inside the Hyatt Recency O’Hare to commemorate the 50th Anniversary of The Beatles performing at the White Sox ball park. Also, it looks like Chicago won’t have a version of Liverpool’s famed Cavern Club, the way the Big Apple did.

But as always, the three-day Chicago celebration will present musicians, authors, artists, photographers, and music biz people who have some connection to The Beatles. Most are accessible to fans in both the general sense of watching them being interviewed in a large meeting room, and on a face-to-face basis at the autograph tables. A huge marketplace with loads of music-related memorabilia is also a major draw.

Mickey Dolenz of The Monkees; Peter Noone, lead singer for Herman’s Hermits; and singer-guitarist Mike Pender from The Searchers will be making their Fest For Beatles Fans - Chicago debuts. All three acts are scheduled to perform with Liverpool, a New York-based band that expertly covers The Beatles without trying to impersonate them. Some of the returning favorites include trivia master Wally Podrazik; Laurence Juber, former guitarist for Wings; producer-musician Mark Hudson, who has worked with Ringo Starr; Beatles artist Eric Cash; Rob Shanahan, who served as Ringo Starr’s photographer; and authors Bruce Spizer; Jude Southerland Kessler. The Fest For Beatles Fans website promises that additional guests will be announced soon.

Check out the website to see the new activities being added to this year’s Fest For Beatles Fans - Chicago. I’m planning on doing a more extensive preview closer to the event. Tickets are $39.00 for Friday; $59.00 for Saturday or Sunday; and $148.00 for the entire weekend.
Posted by Terry Flamm at 10:38 PM