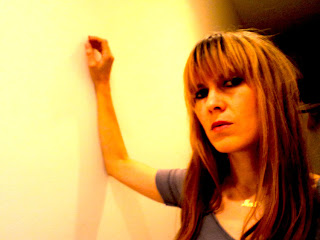 Recorded in the wake of her CDs with The Blake Babies and Some Girls, Juliana Hatfield’s Made In China is a bare-bones solo effort. She plays all the instruments on four tracks, and works with a trio on the other eight. Still, her music hits hard, as Hatfield and Joe Keefe evoke Neil Young with their careening guitars on “New Waif,” “Rats In The Attic,” and “Digital Penetration.”

Hatfield maintains her patented girlish appeal on the short and goofy “Going Blonde,” and has fun with the warp speed punk arrangement of “My Pet Lion.” Her only misfire comes on “Send Money,” a swipe at evangelists that drags out a single joke for five minutes. Hatfield sings, “You act like you’re the only one with a chemical imbalance” on the offbeat but charming “Stay Awake,” and her vocals are nearly a whisper on the mysterious “A Doe And Two Fawns.” Other highlights include the acoustic ballad, “Hole In The Sky” and the light but politically charged, “On Video.”
Back to the present, Juliana Hatfield’s 2011 CD, There’s Always Another Girl is available for sale on her website.
Posted by Terry Flamm at 10:09 PM