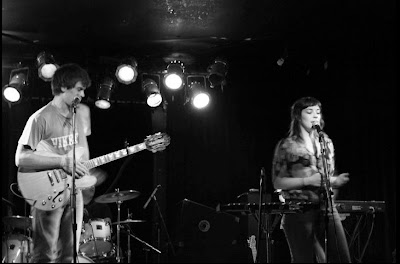 Note: These short reviews of local bands originally appeared in the Around Hear column of the Illinois Entertainer.

The Boolevards recapture the innocence of early 1960s music on their latest CD, More Real Pop with melodic songs like “Little Miss Impossible” and “She’s The One.” The Beach Boys style harmonies and chiming guitars are rendered perfectly, but at times the band seemed locked into derivative, similar sounding arrangements. A little more variation could go a long way toward helping The Boolevards forge their own identity.

Chaperone recorded the five tracks for its latest release, Cripple King at various locations while on tour, which gives the band’s indie/Americana music an appealing live performance vibe. On melodic songs like “Fed On Coal” and “Thomas,” Chaperone creates vintage folk with a shot of adrenaline, and the spirited male-female vocal interplay in consistently inventive.

The Paver blends spoken word cryptic poetry and chaotic music on its self-titled CD, creating the ambience of an avant garde theater performance. “Worthless” is the closest this bass, violin/synth, and drums group comes to an actual song, while “Softest Fortress” sounds like a sci-fi audio book that comes with its own soundtrack. Fans of adventurous music will find The Paver intriguing, but it’s not likely anyone but the band members will know what’s actually going on.