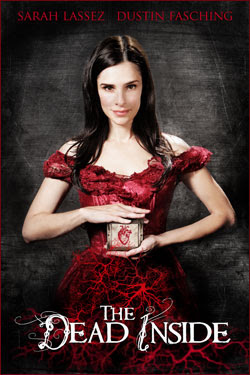 The Blue Whiskey Independent Film Festival, in conjunction with CNGM Pictures, kicked off its 2011 run here in Palatine last night by treating the town to a double dose of free indie rock music. Some people may have been surprised when opening act, singer-guitarist Chris Petlak, took the stage since he wasn’t listed on the schedule. But the Mount Prospect native, who also played at last year’s BWiFF opening bash, quickly won them over with his performance and sense of humor.

Petlak’s jokes, which were frequently at the expense of audience members, were funny enough to keep anyone from complaining. He deftly incorporated alternative rock and rap throughout a mix of originals and imaginative covers, sometimes coming across as a one-man Flight Of The Conchords. His stripped down take on Michael Jackson’s “Billie Jean” was particularly good. Steve Flint, a member of Dennis Florine’s band The Messengers, added percussion to many of Petlak’s songs.

Singer-guitarist Dennis Florine returned to his hometown armed with a new CD titled O’ World, What A Beautiful Tragedy, and backed by a first rate band called The Messengers. The crew at Cutting Hall did a bang up job creating an elaborate set, and Florine, who has acted in Shakespeare productions, often added a theatrical flair to his vocal style. At one point, he sang to a blond damsel who appeared in an actual tower that rolled majestically onto the stage.

Florine’s music, particularly the hit, “Romina,” is radio-friendly alt-rock with an emphasis on emotional lyrics. Having never seen him before, I didn’t connect with the songs as much as his fans would, but it was impossible not to be bowled over by the sheer power of his voice. A cover of Adele’s “Rolling In The Deep” was a stunning showcase for Florine and his band, and they also impressed with U2’s “With Or Without You.” Dennis Florine is definitely a native Palatine can be proud of, and this opening night double bill was a well-appreciated gift from the Blue Whiskey Independent Film Festival.

After the live performances last night, the BWiFF showed rock videos on a huge screen. Some were run of the mill, but the clips by Walk The Moon, The Bell Beat, and Ben Folds mixed good songs with eye-catching imagery.

The fest continues through Sunday, and there is a cover charge for the remaining events. See the website for ticket information. Here are the BWiFF flicks being shown tonight at Cutting Hal:

7:00 Machines Of The Working Class A two-minute comedy from directors James Dastoli and Robert Dastoli about the dreams of a couple of blue collar workers.

7:10 The Oldest Profession Six-minute comedy directed by Lori Bohner, in which a CPA compares his occupation with being a hooker.

7:20 The Fourth Director Jared Varava looks at the dreams of a trio of guys in tight shorts in this 17-minute comedy.

8:10 Turkey Bowl A game of touch football is played out in real time (64 minutes) in this Thanksgiving comedy directed by Kyle Smith.

9:30 Animal Control Kire Paputts directed this drama about a lonely man who combines his job in Animal Services (picking up roadkill) with his taxidermy hobby.

9:50 The Dead Inside Director Travis Betz takes the tale of a photographer trying to help his girlfriend overcome an evil spirit, and makes it a musical.