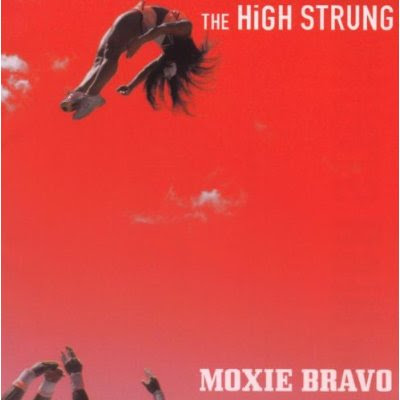 Note: This review first appeared in the Illinois Entertainer.

The High Strung’s latest CD, Moxie Bravo would be impressive enough based on lead singer-guitarist Josh Malerman. A gifted songwriter, he delivers his clever lyrics via glam rock vocals while playing guitar with wild abandon. His observations are particularly sharp on the hyper portrait of a workaholic, “A Real Meal Ticket.” Add the mammoth rhythm section of bassist-vocalist Chad Stocker and drummer-vocalist Derek Berk, and you get a trio that blows away the often-used rap that power pop is too precious.

Berk sounds like Keith Moon was his personal tutor whether he’s pounding away on the energetic “Truce” and “Anything Goes” or the slower “Seems It’s One Thing.” Stocker powers the ultra fast “The Luck You Got” and melodic “Deck The Boy With Mettle And Manhood.” All three band members play at full tilt on “Here It Comes Again,” “Never Saw It As Union,” and “On Your Feet,” while the more subtle "The Gentleman" evokes vintage Ray Davies.