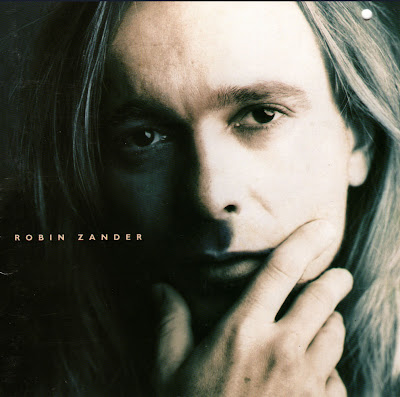 Here’s some good news: Cheap Trick has announced through its website and Facebook page that Sandy, the truck driver who was injured when the stage collapsed during the band’s concert at the Ottawa Bluesfest on July 17th, has been released from the hospital.

The following review originally appeared in the Illinois Entertainer in 1993.

Robin Zander’s self-titled solo effort isn’t as much of a radical departure from the usual Cheap Trick fare as Interscope Records claims, but it does offer some interesting duets and collaborations with an impressive list of guests. “Boy (I’m So In Love With You)” teams Zander with Christina Amphlett of The Divynyls on a dreamy techno ballad about a rekindled love affair, and Maria McKee adds harmonies to the catchy opening track, “Reactionary Girl.” The amiable light rock tune ‘Secret” gets a boost from Stevie Nicks on back-up vocals and Mick Fleetwood on drums. Other guests include J.D. Souther, Don Felder, Dave Stewart, Dr. John, members of The Heartbreakers, and Cheap Trick bassist Tom Petersson.

Still, Zander pretty much follows Cheap Trick’s more recent (and successful) formula of balancing power pop with lush ballads, while avoiding the AC/DC overkill of the band’s leaner times. A few of the ballads, like “Show Me Heaven” and “Time Will Let You Know” are a little tepid, but the infectious energy of “I’ve Always Got You” and “Tell It To The World,” as well as a rousing cover of Harry Nilsson’s “Jump Into The Fire” ensure that Robin Zander is a success.