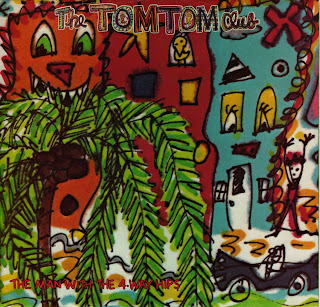 Although not as well known as The Tom Tom Club’s major hit, “Genius Of Love,” “The Man With The 4-Way Hips” was probably popular on the club scene back when it was released in 1983. If it wasn’t, then it definitely should have been. Featuring metallic vocals set to a driving synth arrangement with bursts of percussion and sound bytes, “The Man With The 4-Way Hips” was another new wave classic from this Talking Heads offshoot. It provided plenty of energetic options for folks on the dance floor, maybe even inspiring an entire crowd to do ‘The Robot.’

The lyrics never explained how the title character came to acquire his unique physical condition, but it served him well in a utopian society where just about everyone came together to groove to the music. “Black people, white people too/Hanging out with the latest hair dos/The sons and the daughters of people on earth/Hippin’ and hoppin’ and getting to work.” The song also captures the sensual ambience of looking for love on the club scene, with lines like, “Hiding his feelings he sees what you got/He wants you more when the music is hot.”

The B-side offered an instrumental, dub version of “The Man With The 4-Way Hips.” It was slower and more spooky than the original, but still a lot of fun.