Why Did The Chicken Cross Abbey Road? 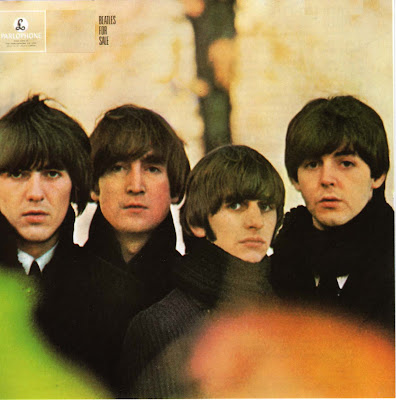 Go on, then. Make these lads laugh.

I’m usually sympathetic toward cashiers at retail stores and restaurants when they ask for my e-mail address since I once worked at a bookstore where we were practically waterboarded if we didn’t reach our monthly quota of acquiring customer e-mails.

So last summer when the cashier at the Apple Holler Restaurant just over the border in Wisconsin asked for my home address and e-mail, I gave it to her. After all, my wife and I had found the breakfast buffet tasty, the service had been friendly, and there was a good variety of vegetarian choices. Anyway, I now regularly receive e-mails as well as flyers from Apple Holler.

Their most interesting promotion concerns a show called “C’mon, Let’s Twist And Shout - Rockin’ Tribute To The Beatles” that will be performed on selected dates from February 11th through April 25th. According to the flyer, the show consists of memorable songs, intriguing narrative, and comedic sketches. I’ve seen quite a few Beatles tribute bands, including American English, Liverpool Legends (which is managed by George Harrison’s sister, Louise) and Liverpool, the band that performs at Fest For Beatles Fans. I’ve never seen any of them toss in some comedy routines.

The Beatles were very funny, whether it was in their movies or just coping with clueless media types at a press conference. But are the Apple Holler skits about The Beatles themselves, or fans acting crazy? Maybe the tribute band does parodies of Beatles songs, like my comedy group Famous In The Future has done.

I found some info at The Journal Times.com that states “C’mon, Let’s Twist And Shout - Rockin’ Tribute To The Beatles” was created by Apple Holler Entertainment Director Heather Clayton and Joaquin Hernandez, who’s described as a regular Apple Holler performer. Joining Clayton and Hernandez onstage are James Jones, John Clayton, and Elsbeth O’Brien.

I can’t say that I’ll make it back up to Wisconsin to see “C’mon, Let’s Twist And Shout - Rockin’ Tribute To The Beatles” at Apple Holler, but it sounds like a fun idea. I wish Clayton and her crew the best of luck.