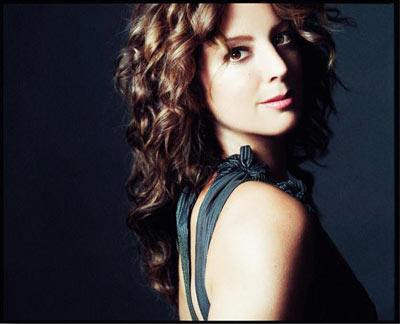 It's late Friday night, and metaphorically speaking, the dirty pots and pans are in the sink, the stove is covered with spills and stains, and the kitchen has a strange, but not altogether unpleasant fragrance. All of which can only mean one thing: another serving of that exotic stew of entertainment happenings, Slumgullion.

There Will Be Songs To Sing The pond in our back yard is only now starting to thaw, and it will be at least a month before migrating birds start dropping by on their way back up north. But there has already been a flood of reports on the music festivals that will be coming to the Chicago area this summer. In addition to highly anticipated announcements about Lollapalooza, Ravinia and Pitchfork, there was the welcome surprise that Lilith Fair is coming back. Created by Sarah McLachlan, Terry McBride, Dan Fraser, and Marty Diamond in 1997, Lilith Fair lasted for three years. The tours were billed as celebrations of women in music, and according to Wikipedia, raised 10 million dollars for various charities. Toward the end of last year, McBride announced that Lilith Fair would be reborn in the summer of 2010. Like its predecessors, the new version finds McLachlan joined by female musicians and female-fronted bands from several genres, including The Go-Go’s and The Bangles; Loretta Lynn, Kelly Clarkson and Martina McBride; Cat Power, Metric, and Gossip; and Mary J. Blige and Erykah Badu. The Indigo Girls, Heart, Norah Jones, Sheryl Crow, and Colbie Caillat have also signed on. Lilith Fair 2010 has stops scheduled in several cities, including Chicago, Washington, D.C., Tampa, Boston, Dallas, and Nashville. It’s not clear yet if all of these artists will perform in each city, but it would be a tremendous festival if they did. Lilith Fair is also conducting a Local Talent Search for new artists who would like to join these impressive headliners in concert.

Famous In The Forest Black Forest Theatre is offering a double bill of “comedy and weirdness” on March 20th at its brand new space at 512 Kedzie in Evanston. Black Forest, led by Carla Hayden and James Moeller, will perform its own avant garde piece, The Wig. Famous In The Future, the sketch comedy group I wrote and performed with for 20 years, will perform a revue titled Loose Animals. I believe that’s the revue FIF (Frank Carr, Desiree Burcum, Michael Hora and Tina Teske) did at last year’s Abbie Hoffman Festival at the Mary-Arrchie Theatre (See August under Archives). As I said last summer, it would be impossible for me to write an unbiased critique of Loose Animals, but I did think my old mates offered some funny takes on current topics. Hayden and Moeller will be performing with their band WhiteWolfSonicPrincess at the Elbo Room on Lincoln Avenue in Chicago on April 2nd. I caught a WWSP gig at Goose Island Brewery a few weeks back, and the new lineup is looking good.

The Story On Story Week Columbia College will be sponsoring Story Week from March 14th through 19 at its Film Row Cinema and other venues around Chicago. Subtitled a Festival Of Writers, it will include readings, panel discussions, performances, and signings. In addition to guests like Joyce Carol Oates and Achy Obejas, Story Week will hold a special Literary Rock & Roll: Rock The Genre night with writers Aleksander Hemon, Bonnie Jo Campbell, and Marcus Sakey. There will be a performance by Bread & Puppet Theater, and music provided by DJ/Metro owner Joe Shanahan and DJ Don De Grazia. Call 312-369-7611 for more information.