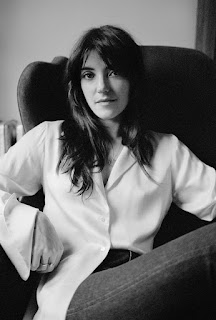 Sharon Van Etten will be at Lollapalooza. Photo from her Facebook page.

Tickets went on sale for Lollapalooza 2019 this past Tuesday and the official line-up was announced yesterday. Doing things in that order might sound backwards, but not in Lolla land. The annual summer festival always draws enough of the hottest names in popular music to make buying tickets blindly in advance worth the risk. This year, the acts include The Strokes, Sharon Van Etten, Tame Impala, Jade Bird, Janelle Monae, Kacey Musgraves, Fitz and The Tantrums, and Gary Clark Jr. The festival returns to Chicago an August 1 – 4 run in Grant Park.

Longtime Chicago area musicians Mike Cohen and Phil Angotti will be joining forces tomorrow night (3-22) at Wishbone North at 3300 N. Lincoln Avenue. Cohen promised on Facebook that “We’ll be singing some Everly-centric material,” which makes sense since he’s a member of the Everly Hillbillies tribute band. Angotti stated they’ll also be covering Buddy Holly and The Beatles. The show starts at 7:00 p.m.

The Zombies will be among the special guests at this year’s Fest For Beatles Fans - New York. It would be great if the newly inducted Rock And Roll Hall Of Fame band is also at Fest For Beatles Fans – Chicago, but I’m not counting on it. The Big Apple version sometimes gets cool things that the Midwest doesn’t, like a recreation of the Cavern Club a few years back.

The Imperial Sound will bring its classy blend of soul, jazz, and rock to Montrose Saloon this Saturday night. The band’s debut effort The New AM ranked as one of the best releases of 2018.

Here comes the son. Dhani Harrison, the only child of George and Olivia Harrison and a successful musician in his own right, has been named as the opening act of Jeff Lynne’s ELO Tour. Lynne was a member of The Traveling Wilburys with George Harrison, Bob Dylan, Roy Orbison, and Tom Petty. His ELO tour comes to Chicago at the United Center on July 27.
Posted by Terry Flamm at 9:48 PM