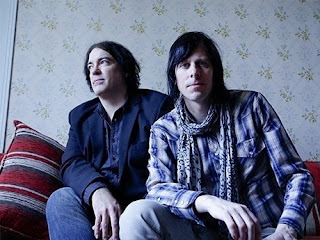 Photo of Jon Auer and Ken Stringfellow from The Posies' Facebook page.

2018 will mark the 30th anniversary for The Posies, and some celebrations are in the works. Founding members Jon Auer and Ken Stringfellow plan to tour as a duo starting in January, and and at some point, as a full band. Upcoming dates include New York, Boston, Memphis, Atlanta, Washington, D.C. and Nashville. They’ll hit City Winery Chicago on January 31. A post on the band’s Facebook page states: “We will be doing material from four different decades in these shows. Good Grief! Special guests . . . mayhem . . . harmonies . . .” The Posies will also release deluxe reissue of their albums from the 1990s.

They’re still in love with him. A number of local musicians will join together at Martyrs on Lincoln Avenue this Monday, November 13 for Love And Happiness: The Music of Al Green.  John Mead (who’ll serve as host), Bill Brickey, Steve Dawson, and Alton Smith are going to pay tribute to the iconic singer, with help from Chris Greene, Jack Cassidy, Gros Nolle Polossi, and Lenny Marsh. The show starts at 8:00 p.m.

Phil Angotti will likely be showcasing songs from his latest album Such Stories when he performs at Montrose Saloon on Wednesday, November 15.

The Chicago Art Book Fair will run from Thursday, November 16 through Sunday, November 19 at the Chicago Athletic Association Hotel on Michigan Avenue. The first annual showcase promises zine-makers from around the globe, book and comics artists, and self publishers. Admission is free.

Limited-edition 18 x 24 screen prints of artist Shepard Fairey’s dazzling portrait of Debbie Harry will become available for $75 each between 10:00 a.m. and noon on November 13 on his Obey Giant  website. The prints will be signed by Fairey and Blondie founding members Debbie Harry and Chris Stein.

The Empty Bottle is hosting Warm, Safe and Sound, A Coat/Sweater Drive for Homeless Chicagoans  on December 21. Donating a coat or sweater will get you in to see the blues rock band North By North, psychedelic rockers Secret Colours, indie rock band The Handcuffs, and the coed indie pop duo Star Tropics.

The Bill Graham Rock And Roll Revolution  ends its run at the Illinois Holocaust Museum And Education Center in Skokie tomorrow. Graham is credited with helping the careers of Janis Joplin, The Grateful Dead, The Who, and Jimi Hendrix.

Congratulations to Rolling Stone on its 50th anniversary. The magazine is celebrating in various ways, including a recent two-part special on HBO and special printed editions. If you missed the TV special, it’s likely it will air again, and/or be released on DVD or Blu-ray.
Posted by Terry Flamm at 11:43 AM