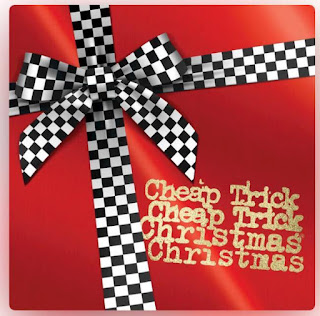 Traditionally, the day after Thanksgiving is when bargain hunters swarm retail outlets, battling for the best prices on items for gifts or for themselves. In recent years, it’s also become a challenge for vinyl aficionados hoping to acquire limited-edition releases. Record Store Day Black Friday is the seasonal version of the original RSD that takes place every April. The timing has been ideal for nabbing one-of-a-kind Christmas gifts.

This year, some of the more interesting Black Friday releases are literally Christmas gifts. Cheap Trick’s Christmas Christmas is a 12-song album with original holiday tunes and cover versions of The Kinks, Wizzard, and The Ramones. Paul McCartney is releasing a new version of “Wonderful Christmastime” he recorded with Jimmy Fallon and The Roots on two separate seven-inch singles. The red vinyl one has Norah Jones singing “Peace” on the B-side and the green vinyl one has The Decembrists performing “Jesus Christ” on the B-side.

Also, The Minus Five, the Scott McCaughey-led band that excels at mixing quirky ideas with catchy indie rock arrangements, is releasing Dear December. It’s hard to figure how titles like “Musical Tribute To The Oscar Meyer Weiner Wagon” fit the holiday theme, but it is a white vinyl album with an Advent calendar inspired cover. I’m hoping to post more about Record Store Day Black Friday as it gets closer.
Posted by Terry Flamm at 9:29 PM