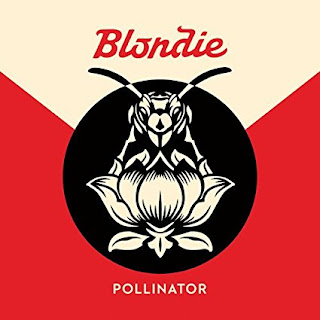 A hearty welcome to The Zombies, who are wrapping up a two-day visit to Thalia Hall in Chicago tonight, as part of their Odyssey and Oracle 50th Anniversary Tour. I wasn’t able to make it out this time, but I did catch a very good Zombies show at The Arcada in St. Charles last year. The Zombies will have two seven-inch singles—“I Want You Back 1965 and 2015” and “A Rose For Emily”/“This Will Be Our Year”—available next Saturday as part of the 10th Annual Record Store Day.

Tickets went on sale today for Evan Dando at Lincoln Hall on June 20, the Graham Parker Duo at City Winery on July 12, and Michele Shocked’s June 27, July 27, and August 25 gigs at City Winery.

Gee, but it’s great to be back home. Usually when I only manage two posts in a week it’s due to a heavy work load. But this time, it’s because I made like Dada and went to Disneyland. My wife Pam and I also checked out both Universal parks while in Orlando, FL and had a great time. There’s a record store called Rock ‘N’ Roll Heaven in Orlando that’s definitely worth a visit for its extensive selection of vinyl, CDs, vintage magazines, t-shirts and assorted memorabilia. The staff is fun, very cool, and willing to help avid fans of The Hollies, and other artists.

This is also the place to pick up a copy of Orlando Weekly, the city’s performing arts/political views (very much like the Chicago Reader) free paper. The Orlando Hard Rock Café has upcoming gigs by Steve Winwood and Lilly Wood on May 6, and a double bill of Blondie and Garbage on August 9. Orlando’s International Fringe Theatre Festival runs May 16 – 29, and judging from the 130–page full-color brochure, it’s a pretty elaborate event.

Speaking of Blondie, the iconic new wave band invited some intriguing guests to help record its latest album Pollinator, according to a story in Mojo magazine. Writer Pat Gilbert notes that Johnny Marr helped write the song “Monster,” and other guests included Sia, Charlie SCX, and Nick Valensi from The Strokes.

Lead vocalist-guitarist Katrina Leskanich of Katrina And The Waves is currently touring and has a new 18-track album titled The Very Best Of Katrina coming out that will feature live versions of the band’s hits and various exclusives. Check out the Katrina of The Waves Facebook page for more details.

The 33rd Chicago Latino Film Festival kicks of next Thursday, April 20 and runs through May 4.

Kevin Lee And The Kings will be performing at the Breaking The Silence - A Benefit For Autism Awareness next Sunday, August 23, at Durty Nellie’s in Palatine. The event runs from noon to 8:00 p.m., and special VIP Floor Tables (as opposed to in the balcony) are still available for $200.

The 11th Annual Screen Test Student Fest takes place next Friday and Saturday at the Prairie Center For The Arts in Schaumburg. Presented by 3 Monkeys and Aardvark Studios and Tribeca Flashpoint College, the event will include 31 short films by students in grades five through eight, as well as by high school students from around the world.

The Griffin Theatre’s production In To America, featuring stories of immigrants to America throughout the country’s history, continues at The Den Theatre through next Sunday, April 23.
Posted by Terry Flamm at 10:50 PM