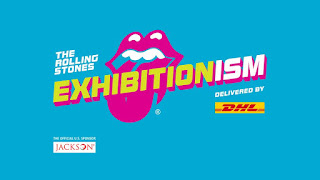 Last Monday, I was strapped into a rocket ship ready to travel through space via the Mission To Mars ride at the EPCOT Center in Disney World. Now I’m back from vacation and getting a similar rush of adrenalin about the next two weeks in Chicago. Maybe with less simulated g-force. With so many entertainment events taking place in such a short time, a person would need a rocket to experience all of them.

The Rolling Stones Exhibitionism show opened this past Saturday on Navy Pier and runs through July 30. International Pop Overthrow Chicago kicks off at Red Line Tap on Thursday and runs through April 29. The Chicago Comic and Entertainment Expo (C2E2) runs Friday through Sunday at McCormick Place, and a new variation of the Chicago International Movies and Music Festival (CIMMfest) will be at various venues around the north side this weekend. Record Store Day, with its one-day only vinyl releases and accompanying in-store performances takes place on Saturday.

Judging from the advance press in the Chicago Tribune and Chicago Sun-Times, Exhibitionism is every bit as cool as one might expect from a massive display of Rolling Stones memorabilia. It features guitars, posters, film, fashion, personal notes, an art gallery and a recreation of the kitchen in the first London apartment shared by the band members. Exhibitionism has previously been staged by the Aussie-based iEC Exhibitions! in London and New York.

International Pop Overthrow returns for nine days of multi-band showcases (two each on Saturday, April 22; Sunday April 23; and Saturday April 29) and Founder/CFO David Bash has once again lined up some stellar power pop and indie rock acts. Steve Dawson; Phil Angotti; Ellis Clark And The Big Parade featuring Ary Jeebie; Trolley; The Bishop’s Daredevil Stunt Club; The Unswept; The Webstirs; Pop Dollys; and The Red Plastic Buddha; and The Romeros are among the top acts, and you’re bound to discover a new favorite along the way. The IPO website has links to all the acts involved.

Even though the annual Chicago International Movies and Music Festival—a global selection of films; concerts; film/concert combos; and special presentations at venues around the city—has been moved to the fall, the very first CIMMfest Spring Fling Thing  takes place this coming Friday, Saturday, and Sunday in the Logan Square neighborhood.

The Chicago Comic and Entertainment Expo returns to the South Building of McCormick Place this weekend with the promise of Bringing Comics, Cosplay, and Pop Culture To Chicago. It’s always a fun event to check out for the high tech promotions and exhibits, celebrity guests, and loads of people in sci-fi, superhero, ultra villain, monster, and sexy costumes. Rows of vendors offers comics, t-shirts, games, action figures, and all sorts of imaginative memorabilia. Local artists and writers get their shot at selling stuff too.

The 10th Annual Record Store Day offers another massive selection of genre-spanning, multi-generational, limited-edition releases. This year’s crop includes rare vinyl from Against Me!; Air; Andre 3000; The Beatles; Big Star; David Bowie; R.L. Burnside; The Carts; Johnny Cash; Cheap Trick; The Cure; The Doors; Steve Earle And The Dukes; Fleetwood Mac; Dexter Gordon Buddy Guy; Hawkwind; Jane’s Addiction; Elton John; Robert Johnson; The Kinks; Thelonious Monk; Pink Floyd, Iggy Pop; and several other artists. Check out the official site for the complete list. Also, watch for in-store performances. The Luck Of Eden Hall will be performing at Vintage Vinyl in Evanston; and there are full-day lineups of live music scheduled for Laurie’s Planet Of Sound on Lincoln Avenue and Val’s Halla in Oak Park. Reckless Records, Reggies usually schedule live live shows, so be sure to check out your favorite record store to see if anything’s scheduled.
Posted by Terry Flamm at 10:34 PM