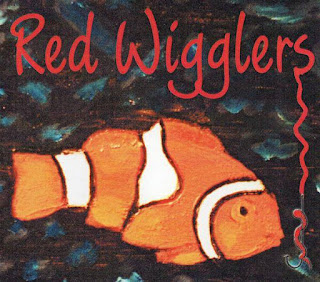 After tonight, there will still be three more days and four multi-act showcases to catch at The Red Line Tap as International Pop Overthrow continues its 2017 Chicago run. Thursday night’s lineup offers some familiar faces and sounds for local music fans. The Aaron Williams Band released its first album in 2008, and continues to play a mix of indie rock and pop. They’ll kick things off tomorrow night at 8:00 p.m. Boolean Knife specializes in postmodern rock and records for the Aquariphone record label.

The Spindles are a power pop act that includes guitarist-vocalist Jeff Janulis from The Abbeys. Their shows offer a mix of original tunes and cover versions that stretch back over the years. Expect harmonies from Janulis and bassist-vocalist Jerald Cross. The Spindles record for the Rubber Road label. The Red Wigglers seven-piece coed band has plenty of experience playing the Chicago area, and augments its indie rock sound with trombone, trumpet, and sax.

The Treeshakers will wrap things up with an 11:00 p.m. set. This quartet draws inspiration from fellow Chicago power pop bands Pezband, Cheap Trick, Shoes, and Material Issue, as well as British Invasion acts like The Beatles, The Hollies, The Yardbirds, and The Kinks. International Pop Overthrow continues Friday night with a six-band showcase, and there will be an afternoon and evening showcase on Saturday. See the official website for the full schedule and links to most of the acts performing.
Posted by Terry Flamm at 9:52 PM