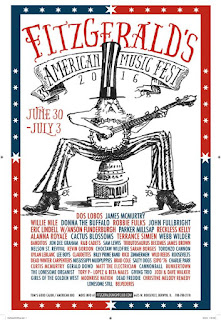 Here’s a quick look at what acts will be performing in the suburbs this holiday weekend. Be sure to check out the website for each festival in order to see the full lineup. Most of them will include a fireworks show at some point. Have fun and celebrate safely.

The Neverly Brothers will be bringing their always entertaining and informative musical history tour of the 1950s and ‘60s to the Bartlett 4th of July Festival tomorrow from 5:30 to 7:50 PM. Note: This festival’s site proclaims The Turtles Are Coming, but it’s toy turtle race (like Chicago has with toy ducks) and not the 1960s band.

The Palatine Jaycees’ Hometown Fest in Palatine has a lineup of bands from Friday, July 1 through Monday, July 4 at the Fred P. Hall Amphitheater. Funky Monks will be paying tribute to the Red Hot Chili Peppers on Friday night; Summer Son plays bluegrass, country, and folk on Saturday afternoon; and the five-woman band Serendipity will offer an eclectic mix of classic soul and modern dance hits, along with original tunes Sunday afternoon. The charismatic Rolling Stones cover band Hot Rocks cuts loose on Monday.

The New Invaders will be playing their eclectic and high-energy selection of 1960s songs at 2:30 p.m. on Saturday at the 37th Annual Lakeside Festival in Crystal Lake.

You can always count on finding a few big name acts performing at the Exchange Club Of Naperville’s Ribfest. Sheryl Crow will be playing this Saturday night at 8:00 p.m., and Gin Blossoms are scheduled for 6:00 p.m. on the 4th.
Posted by Terry Flamm at 10:09 PM