Let’s All Get Up And Go To The Fest 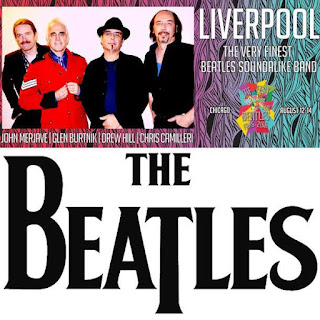 WXRT air personality Terri Hemmert recently announced the 2016 Fest For Beatles Fans - Chicago guest lineup on her Breakfast With The Beatles weekly show. She’ll once again be serving as Master Of Ceremonies when the annual event comes to the Hyatt Regency O’Hare in suburban Rosemont on the weekend of August 12–14. It’s fitting that Hemmert, a veteran of Chicago’s airwaves, sometimes jokingly calls herself Aunt Terri. She’s one of several people who have become a sort of family to Fest regulars over the years.

Fest For Beatles Fans - Chicago presents musicians, authors, artists, photographers, and music biz people who have some connection to to the most famous band in rock history. Many are accessible to fans in both the general sense of watching them being interviewed in the hotel ballroom, and on a face-to-face basis at the autograph tables. It’s not unusual to spot one of the guests walking through the crowd or chatting with fans.

This might be the first Fest appearance for musician Albert Lee, who has recorded with Eric Clapton and Jackson Browne, but otherwise, there are few newcomers this year. Peter Asher of Peter and Gordon; singer Billy J. Kramer; musician, artist and early Beatles confidant Klaus Voormann; musician/producer Mark Hudson; sax player-vocalist Mark Riviera; Joey Molland from Badfinger; and George Harrison’s older sister Louise are all sure to be welcomed when they return this year.

In addition to the Beatles-related guests, Liverpool, one of the best Beatles tribute bands around will perform each night, and there’s a huge marketplace with loads of music-related memorabilia. Tickets for The Fest For Beatles Fans - Chicago are $46.00 for Friday; $69.00 for Saturday or Sunday; and $172.00 for the entire weekend. I’m planning on doing a more extensive preview closer to the event.
Posted by Terry Flamm at 10:38 PM