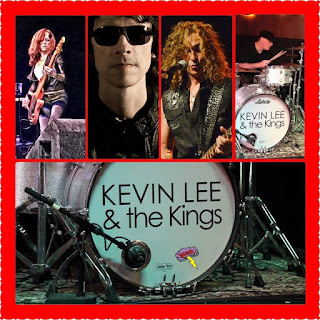 There will be a mix of the familiar and the new when longtime Chicago music scene favorites Kevin Lee and Cliff Johnson share a double bill on June 2 at Fitz’s Spare Keys in Elmhurst. And the cover charge is only $5.00. Lee recently recruited bassist-backing vocalist Patti Prendergast and guitarist-backing vocalist Michael Kurtz, and each of them has plenty of expertise as musicians. I’m not sure how long drummer Erik Strommer has been with Lee, but this looks to be a potent lineup.

Johnson has been doing gigs with The Raine, a melodic power pop band that recently reunited after being away for awhile. The Cliff Johnson/Raine show I saw at Durty Nellie’s, which might have been their first time performing together, featured an energetic selection of Off Broadway classics. Between Kevin Lee and Cliff Johnson, there’s sure to be a lot of guitar-driven, melodic rock on this night.

Durty Nellie’s had a history of offering live rock and roll in the northwest suburb of Palatine even before it moved to a posh new home directly across the street from the Metra station. The stage, lights, and sound system are first rate, and the ambience is reminiscent of The House Of Blues in downtown Chicago. It would seem logical that such a venue would pursue an ambitious and adventurous booking policy similar to FitzGerald’s in Berwyn or SPACE in Evanston, but over the years Durty Nellie’s has leaned heavily on local cover bands instead. So it’s very encouraging to find the alt rock band The 1975 on the club’s marquee.

Presented as a 101WKQX No Dough Show with some added sponsorship from Coors, The 1975’s performance this Thursday night is free—on a first come, first allowed entry basis. The band hails from Manchester, England and recently released its latest album I Like It When You Sleep Because You Are So Beautiful Yet So Unaware Of It. The doors open at 6:00 PM on Thursday. A number of years ago, Durty Nellie’s played host to a Little Steven’s Underground Garage Showcase that included The Zombies, The Woggles, Gore Gore Girls, and three other national acts. Here’s hoping the club will schedule high profile events on a more regular basis.
Posted by Terry Flamm at 9:20 PM