Further Down The Path With Graham 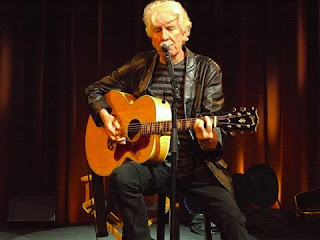 In the review of Graham Nash’s This Path Tonight posted here yesterday, I mentioned that he was more confrontational on the three bonus tracks that come with the digital download. It was hard to work them into the flow of my review, so I decided to cover them in a separate post.

In the stark arrangement of “Mississippi Burning,” Nash takes on the role of a recently murdered civil rights worker speaking from an unmarked grave. Two of his fellow marchers are buried on the same hill. “Lynch the truth, it will not die,” he sings. “It just comes back to haunt us.” Having other vocalists come in on the chorus gives this powerful protest a hint of gospel music. While “Mississippi Burning” seems set in the 1960s, “Watch Out For The Wind,” with its energetic acoustic guitar strumming, describes the turmoil erupting on American streets today. Nash sees this struggle in economic terms; condemning the money-grabbers and noting, “profits will not save their souls.”

The delicate and melancholy “The Last Fall” centers on a strained relationship between two friends or lovers. It taps into a theme that runs through This Path Tonight of finding hope even in the most difficult times.
Posted by Terry Flamm at 9:41 PM