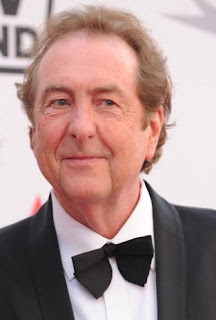 Sadly, Eric Idle will not be taking part in the Famous In The Future tribute.
But he's sending his fridge to perform.

A mixed bag of entertainment news.

WXRT, which has a tradition of launching new formats or special features on April 1st, just kicked off an ambitious project. Starting at 9:00AM this morning and running through Memorial Day, Chicago’s fine rock station will play its entire music library in alphabetical order. Some songs will still get more air time than others, though. WXRT will be playing Mumford And Sons’ “Little Lion Man” for the entire month of May.

I’m pleasantly surprised (shocked, actually) that so many local and national comedy groups are taking part in the 25th Anniversary celebration of my former comedy group Famous In The Future’s first performance at the Abbie Hoffman Died For Our Sins theatre festival. Just as a number of modern recording artists recently recreated The Beatles’ Please Please Me album track by track, some VERY prominent folks on the comedic scene are doing the debut FIF revue, skit by skit. “A Famous In The Future tribute?  I’m so there!” a well known sketch/sitcom comedienne who demanded anonymity exclaimed. Technically, FIF’s first performance took place a few months earlier at The Roxy comedy club, but the Abbie Fest revue was chosen because the Mary-Arrchie Theatre-sponsored Abbie Hoffman Died For Our Sins is also marking its 25th Anniversary this year. I can’t wait to see which famous comedy group tackles my People’s Court parody.

This isn’t likely to go over well with the home schoolin’ crowd, but the people behind School House Rock are planning to create a sex education series. The pre-existing “Naughty Number Nine,” is being re-worked, and there are several ways to give “Three Is A Magic Number” an adult spin. People are being asked to send in suggestions for catchy new songs on this challenging subject. The sex education songs will be listed under the company’s Multiplication category.

Scamgullion is meant for satire alone, and very little of the above is true.
Posted by Terry Flamm at 4:06 PM