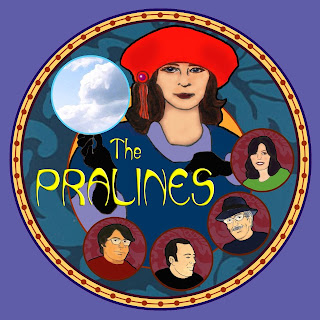 This is the final day for International Pop Overthrow-Chicago 2013, but with two showcases on tap, it’s still possible to get a full appreciation of this power pop and indie rock festival. If you haven’t checked the IPO-Chicago online schedule in awhile, you should be aware that some changes have taken place. For much more detailed info than I’m providing here at the last minute, and a full schedule with links to all the artists, check out the IPO website.

Singer-guitarist Gerry O’Keefe is now in the 1:00 PM slot formerly held by 92 Degrees, who have switched to the 9:00 PM slot for tonight’s showcase. O’Keefe’s recently released CD, Whatever Suits You, finds this self-described “lifelong melody worshiper” taking a laid back approach on the touching “Lovingly,” and breaking loose on “Good When It’s Gone” and “Empty Refrain (Nos. 9-12)”.  It’s not clear whether O’Keefe will be performing solo or with a band.

Phil Knox is scheduled for the next slot this afternoon. Unfortunately, I wasn’t able to find anything about him on the web since my computer doesn’t accept SoundCloud.

Vocalist Pamela Richardson has performed at IPO-Los Angeles and has been at just about every IPO-Chicago as a solo artist and/or with The Pralines. The band’s recent CD, A Beautiful View, displays Richardson’s knack for heartfelt lyrics and strong melodies. The Pralines’ engaging folk rock can range from the French language ballad “Il Commence À Pleuvoir” to more energetic fare like “Better Now.”

The Hurtin’ Kind is a roots rock/power pop quartet with some extensive experience on the Chicago club scene.

The Treeshakers are a power pop trio whose influences include British Invasion bands like The Hollies and Beatles, along with Chicago power pop royalty like Cheap Trick, Pezband, and Off Broadway.
Posted by Terry Flamm at 11:32 AM