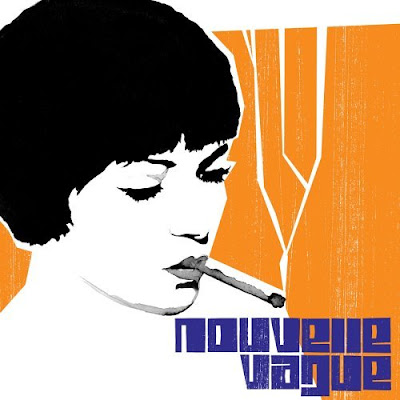 Another Halloween season re-post. This one from October of 2010.

Back in 2005, French musicians/producers Marc Collin and Olivier Libaux hit on the idea of transforming vintage punk rock into Latin-flavored lounge music. The duo assembled eight sultry-sounding singers to take turns on lead vocals. Countless other acts have sought to conjure something avant garde out of slowing down the tempo on energetic songs, but the results usually came out reeking of embalming fluid. Nouvelle Vague, on the other hand, delivered a self-titled debut of fun, inventive takes on Joy Division, The Clash, Modern English, Dead Kennedys, and others.

The original “Making Plans For Nigel,” from the XTC album Drums & Wires, was more of a chilling meditation on the English working class than a high-speed rave-up, but it captured punk’s feelings of alienation. Working at a steel mill is certainly a respectable profession, but the razor-sharp lyrics suggest something more sinister. Nouvelle Vague’s breezy acoustic guitar and percussion arrangement adds an ironic touch to the social satire that actually makes the song a bit creepier than the original.

“We’re only making plans for Nigel,” a seductive voice explains. “We only want what’s best for him.” The point of view here is from a parent or other authority figure who views the young lad in question as a little dim and in need of guidance. “Nigel just needs this helping hand.” Worse yet, are the lyrics that could almost be referring to a pet or a child. “Nigel is not outspoken but he like to speak and be spoken to.” It’s almost as if the authority figure senses criticism that Nigel is either being brainwashed or forced to do something against his will, and defensively notes, “And if young Nigel says he’s happy, he must be happy in his work.” As the song drifts by we’re left to contemplate the line, “Nigel’s whole future is as good as sealed.”

So hats off to XTC for a creating a song that may not be about ghosts and monsters, but is pretty scary anyway, and to Nouvelle Vague for its imaginative rendition.