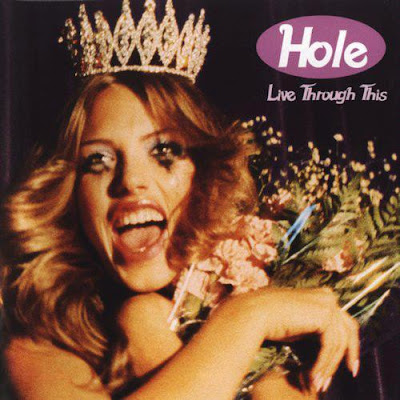 People generally think of Courtney Love when it comes to Hole, but there’s a new documentary on the way that focuses on the alternative rock band’s critically acclaimed but troubled drummer, Patty Schemel. Hit So Hard: The Life & Near-Death Story Of Drummer Patty Schemel is being produced by Christina Soletti and Todd Hughes. The idea came about in 2007 when Schemel met with indie film and TV director P. David Ebersole for advice on how to preserve a box of hi-8 tapes featuring concert footage from Hole’s Live Through This tour.

After watching the tapes, Ebersole told the drummer he believed she had the makings of a fascinating documentary. Although he didn’t initially see himself as the director, Ebersole was soon in charge; editing 40 hours of raw footage into a workable format and conducting interviews with Schemel’s immediate family, fellow band members, and other musicians who had come in contact with her.

Hit So Hard makes the case that Schemel, who performed with Hole from 1992 through 1998 and was once a prime candidate to become the drummer for Nirvana, is an extremely gifted musician. Some of those interviewed suggest she was almost as much a driving force in Hole as Courtney Love. At the same time, the documentary acknowledges her drug addiction and emotional struggles. It also touches on Curt Cobain’s suicide.

The documentary stars Hole members Love, Melissa Auf Der Maur, Eric Erlandson and Schemel herself, as well as interviews with assorted celebs like actress Drew Barrymore, drummer Gina Schock of The Go-Go's, vocalist Nina Gordon of Veruca Salt, and drummer Debbi Peterson of The Bangles. An original score by Roddy Bottum from Faith No More and Imperial Teen is underway, as Soletti, Hughes, and Ebersole work to raise funds to add the finishing touches to their film.

While any project associated with the perpetually loose canon Courtney Love has a certain gawker appeal, the main draw of Hit So Hard: The Life & Near-Death Story Of Drummer Patty Schemel just might be all that previously unseen concert footage of Hole at the peak of its creative power.