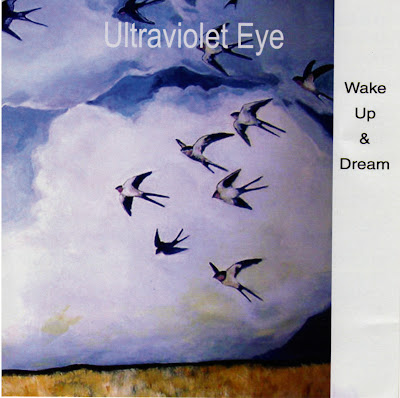 Wake Up & Dream is Ultraviolet Eye’s first CD since the 2007 release Platform Song Cycle and a more polished effort that its bratty but fun 2000 debut Heroin Geek The Movie. Founding members Jeff Charreaux and Roy Appleman, who have created soundtrack music for a number of independent films, devote all of Wake Up to the genre of coming of age movies. The theme might not be readily apparent to the average listener, but it doesn’t matter. Charreaux and Appleman, along with musician/engineer Jett Farley have created an impressive collection of dreamy pop tunes that for the most part, exude a sense of excitement about what the future might bring.

“Don’t let the past get you down, be a star,” Charreaux advises on “Great Expectations,” an energetic song with inventive harmonies and a steady beat. The title track also sets an optimistic view to a fetching power pop arrangement, while “Before Sunrise” entices with an irresistible melody and layered vocals. The lighter than air “Floundering” offers lilting keyboards and lines like, “a perfect day to last forever.” “Gattaca” sports the most obvious celluloid reference, as Ultraviolet Eye taps into vintage new wave to honor the 1997 sci-fi flick’s cautionary tale of using genetic manipulation to build perfect people. Farley picked four of the ten tracks for synth-based bonus remixes that add a festive spin to the original material.