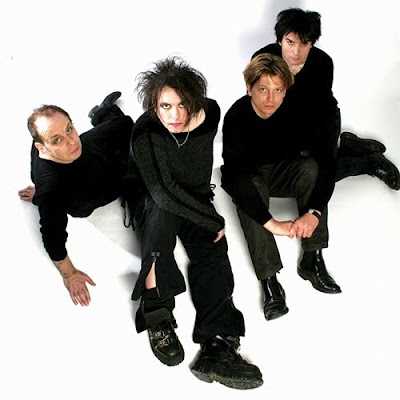 Somewhere in the Top Ten of the bands most likely to be played at Neo. Photo from The Cure’s official website.

On February 24th, fans of cutting edge rock in Chicago will have two opportunities to support a worthwhile cause. And since these events are easily within driving distance of each other, why not go for a doubleheader?

WXRT’s Terri Hemmert plans to take the patrons at Neo on a Thursday night flashback while playing vintage new wave songs as the club’s guest DJ. Hemmert, who was recently inducted into the National Radio Hall Of Fame, promises on her XRT blog post that she’ll be “spinning Depeche Mode, The Smiths, Roxy Music, The Cure, New Order, and other greats.” All proceeds from the evening will go to the Al Parker Scholarship Fund for radio students at Columbia College. Hemmert teaches a history of rock and soul course at Columbia, and explains that Parker was an inspirational faculty member whose son Neil once served as XRT’s News Director. Neo is the perfect site for this bash since it has been promoting new wave and punk music at its 2350 N. Clark location since 1979. The party gets under way at 10:00PM.

LouAid II kicks off a little earlier that night at 8:00 at Beat Kitchen. Round I of this effort to help musician Lou Hallwas of Penthouse Sweets pay off bills from a recent hospital stay took place at Quencher’s Saloon on February 10th. This second phase will feature The Handcuffs, who just might be previewing songs from their forthcoming CD; Tomorrow The Moon; Penthouse Sweets; Organ Wolf; and We Repel Each Other. Look for several local musicians to be on hand to lend their support. Beat Kitchen is located at 2100 W. Belmont. Suggested donation is $10 or more.