CD Review: Saturday Looks Good To Me - Every Night 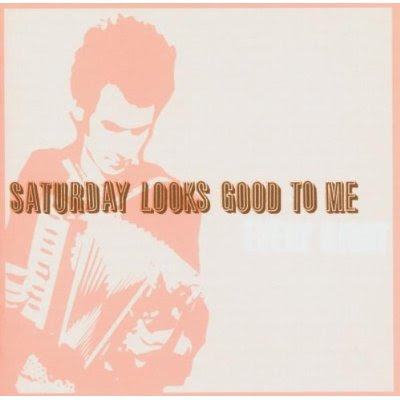 Note: This review appeared in the Illinois Entertainer in 2004.

Every Night marks the third time singer-guitarist Fred Thomas has gathered a multitude of musical friends under the moniker Saturday Looks Good To Me to record an album’s worth of freewheeling 1960s influenced rock. Thomas wrote all of the material for this latest release, but assigned at least half of the lead vocal chores to a revolving cast of female singers that includes Betty Sue Barnes, Kelly Jean Calwell, Ericka Hoffman, and Ko Melina. The credits don’t specify who sings what, but all of the above do a fine job of conveying Thomas’s quirky sentiments.

The melodic “Since You Stole My Heart” could have come from Lesley Gore if Gore had gone in for offbeat poetry like, “I walked through the graveyard/And sang to the cold stars.” “Lift Me Up" taps into classic Motown while maintaining Thomas’s flair for acerbic observations, and the guitar solo on “All Over Town” echoes Revolver era Beatles. The wistful “Until The World Stops Spinning,” with its cosmopolitan horn arrangement, reinvents the original girl band sound. Saturday Looks Good To Me sounds a bit more modern whenever Thomas takes over on lead vocals, particularly on “When The Party Ends.” His astute choices for this ever-evolving band make Every Night another enjoyable effort.