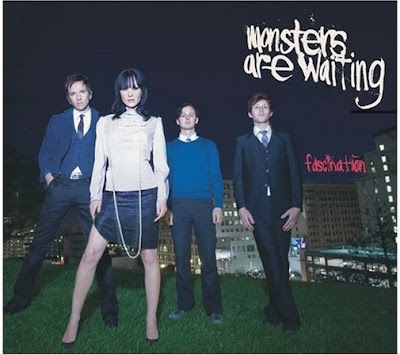 Note: This review originally appeared in the Illinois Entertainer in 2006.

Monsters Are Waiting back charismatic frontperson Annalee Fery with peppy arrangements driven by guitars on Fascination. Fery’s keyboards playing is also an essential ingredient as the Los Angeles-based band pursues a decidedly 1980s approach. A few tracks, like the ska-influenced “Christine” and power ballad “Time” border on being overly commercial, but for the most part, Fascination is a fun, if not ground-breaking debut.

“Last Goodbye” isn’t the Altered Images’ hit, but with its chiming guitars and airy vocals, it would have fit right in on any of the U.K. band’s records. Fery also channels Deborah Harry at her dreamiest on the mid-tempo title track and “Ha Ha,” while “Firefly” is a bit more psychedelic. The off-kilter “Don’t Go,” sparked by Fery’s seductive vocals, as well as the more energetic “A Perfect Stranger” and “Monsters” go a long way toward helping Monsters Are Waiting establish its own sound.