That Was A Long Time Ago, Dearie - Fountains Of Wayne 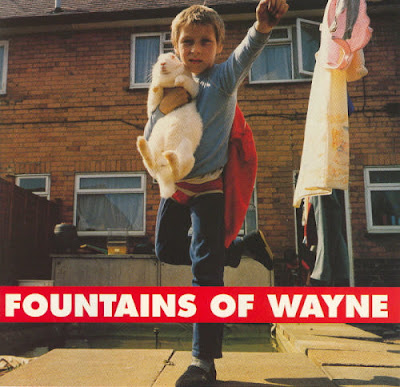 I’ve lost track of how many CDs I now have by Fountains Of Wayne. Here’s a review I did for the Illinois Entertainer of their first effort.

Fountains Of Wayne songwriters Chris Collingwood and Adam Schlesinger create a series of musical portraits on the band’s self-titled debut. Their unerring sense of melody is spiked with lyrics brimming with razor-sharp putdowns, brought to life through airtight harmony vocals and the musicians’ solid performances.

The songs range from the high energy of “Joe Rey” and “Radiation Vibe” to the shimmering ballad, “Everything’s Ruined.” Collingwood and Schlesinger often add a touch of humor, even on the bittersweet “She’s Got A Problem,” which depicts a close friend who’s her own worst enemy. “Sick Day,” an engaging slice of life about lonely office workers, gets a slower arrangement featuring some of the album’s best harmonies.

“Leave The Biker’ is a nice guy’s lament that ranks with Joe Jackson’s “Is She Really Going Out With Him” as a masterpiece of malicious jealousy. In addition to lyrics like, “He’s got his arm around every man’s dream/And crumbs in his beard from the seafood special,” the song sports a perfectly executed Beatlesque coda.