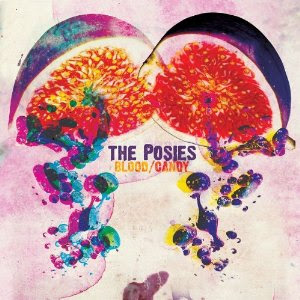 The Bottom Lounge on Washington, just west of downtown Chicago, is offering an impressive double dose of power pop tonight. Brendan Benson, who’s had a successful solo career in addition to being a founding member of The Raconteurs with Jack White, will headline. Benson’s 2009 CD, My Old Familiar Friend, was filled with catchy, guitar-based tunes, particularly the FM radio hit, “A Whole Lot Better.”

The Posies are also on the bill, and they’ve just released Blood/Candy, a CD that finds Ken Stringfellow and Jon Auer at the top of their game. My review of Blood Candy can be found in the November issue of the Illinois Entertainer. When The Posies played Randolph Street Fest last June, they concentrated on their classic Frosting On The Beater CD, so it should be interesting to see what tonight’s show brings. Hopefully, a mix of old and new material.

Local melodic rockers This Is This will be performing from 7PM to 9PM tonight at the Borders book store in Oak Brook, just north of the Oak Brook Shopping Mall. The band has a few CD’s worth of original material to draw from, and if you like what you hear, you can order them from the band’s website.

Wonderwall Music Shoppe & Emporium in Oak Park continues its grand reopening celebration by presenting artist Shannon’s And Your Bird Can Sing exhibition from November 12th through December 19th. The single-named Shannon bills herself as The World’s Greatest Beatles Artist, and has shown her amazingly lifelike portraits of John Lennon and the lads at Fest For Beatles Fans.

Hollus is holding a CD release party on November 11th for its latest effort, Part One, at Reggies in the south loop. For a review of Part One, which is the first of a pair of planned CDs, see the Broken Hearted Toy archive for October. Hollus plans to release Part Two in early 2011.

The Bangles will be honored with a tribute concert/charity events dubbed Pretty In Punk on November 19th at The Roxy on Sunset Boulevard in Hollywood, California. Proceeds from the event will benefit Covenant House California and musician Nikki Sixx’s Running With The Night. Little Steven favorites The Dollyrots are scheduled to appear, along with sASSafrASS, Janet Robin, and 5 O’clock Shakedown. Plus, The Bangles themselves will be performing. It would be nice if some sort of video or audio recording results from this show. Meanwhile, we’re still waiting for The Bangles to finish that new CD.

New Millennium Theatre Company has made a name for itself with bizarre musical adaptations of slasher and Karate Kid movies, but these guys love the Yuletide as well. The group is bringing back its David Bowie Christmas Special 1977 (Network Edit) show for the holidays. Cast members will impersonate Bowie and other celebs like Mick Jagger, Annie Lennox, Iggy Pop, and Freddy Mercury. New Millenium is also holding a David Bowie Glam Rock Pub Crawl Fundraiser on November 13th in the Belmont area on Chicago’s north side.