Santa’s Grab Bag - A random sampling of some of the better Christmas songs around. 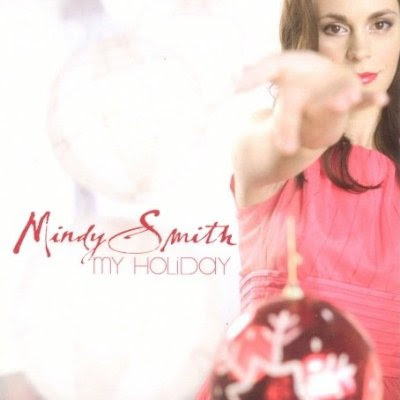 “Come Around” - Mindy Smith I first learned of this song in a column by Chicago Sun-Times rock critic Jim DeRogatis, who said it sounded like The Bangles. That’s all it took to reel me in. Appearing on Smith’s 2007 My Holiday CD, it offers ringing guitars and layered vocals in a catchy song that calls children, women, and men to celebrate Christmas by worshiping together.

“George Bailey” - Carolyn Sills It’s interesting to find how many current holiday songs mention It’s A Wonderful Life. Brooklyn-based singer-bass player Carolyn Sills goes them all one better by devoting an entire song to Frank Capra’s classic flick and its put-upon hero. Set to an inviting arrangement that mixes twangy Country & Western music with a bit of the 1960s girl group sound, “George Bailey” merrily whisks us off to Bedford Falls. Sills notes that the character won her over as a kid, and she makes references to the grubby little town he tried so desperately to escape, as well as some of its better known citizens, like Mr. Gower. “George Bailey, I’ll love you ‘til the day I die,” she sings on the chorus, echoing the words of Mary Hatch. “Every Christmas Eve, you make me cry.” The song is available on iTunes, and there’s also a very clever video for it on YouTube that uses vintage Betty Boop style animation. In addition to honoring It’s A Wonderful Life, Sills also performs the music of Patsy Cline with her band The Poor Man’s Roses, and she’s part of the blues/rock trio Boss Tweed.

The Pretenders - “Have Yourself A Merry Little Christmas” Few singers in rock history could match Chrissie Hynde’s ability to kick the snot out of you one minute and give you a warm hug the next. “Have Yourself A Merry Little Christmas,” which appeared on the charity LP, A Very Special Christmas Vol. 1 in 1987, remains one of the best versions of this popular standard. With its spare but luxurious keyboards and evocative vocals, it serves as the Dr. Jeckyl to the Mr. Hyde of “Tatooed Love Boys” and “Precious.” The Pretenders also created the touching Christmas ballad, “2,000 Miles,” which was released as a single and appeared on some holiday compilations.

“What’s This?” - Soundtrack of The Nightmare Before Christmas A musical sleigh ride of quick rhymes and clever imagery, the fully orchestrated “What’s This?” follows Jack Skellington through Christmas Town as he discovers a holiday that’s completely foreign to him. Jack, of course, is more accustomed to the gross and ghoulish trappings of his domain, Halloween. “What’s this?” he continually asks in amazement as he encounters snow, caroling, gifts and elves for the first time. “There are children throwing snowballs here/Instead of throwing heads/They’re busy building toys/And absolutely no one’s dead.” This song is one of the better parts of a thoroughly enjoyable movie.