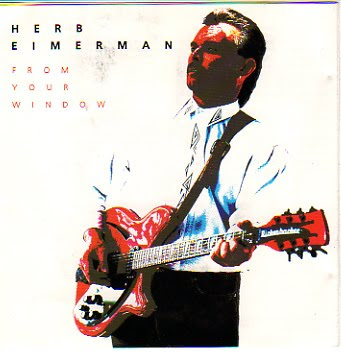 The fact that over half of the songs on the Yuletunes CD deal with Christmas and romance is probably due to the fact that these power pop artists are accustomed to dealing with affairs of the heart. Besides, the holidays are such an emotionally-charged time of year, it only seems natural to seek companionship. Finding love brings even more joy to your world, while losing it can be peace-on-earth-shattering.

Songs don’t come much happier than Bill Lloyd’s “Underneath The Christmas Tree,” which depicts a guy and his girlfriend spending an evening decorating their tannenbaum. Set to a catchy, guitars and drums arrangement, it sounds like it could have been a 1960s Top 40 hit. Lloyd conveys the holiday fun with lines like, “Tinsel in your hair, presents everywhere” and “You’re a sight to see underneath the Christmas tree.”

Meanwhile, Kelley Ryan is inconsolable on the somber ballad, “It’s Not Christmas,” as she spends the holiday alone “for the first time in years.” For Ryan, whose emotional vocals display a hint of Country & Western, all of the season’s colorful traditions have turned a deep blue. It’s not clear why the longtime beau is no longer there, but a reference to her looking longingly at the phone suggests there’s hope for a reconciliation. Like Spooner’s contribution to Yuletunes, “It’s Not Christmas” is a well-crafted song that leaves you wondering just when you would want to play it.

Singer-guitarist Herb Eimerman’s gorgeous ballad “You Gave Me” celebrates family traditions at Christmas, as well as the way love and values are passed on from one generation to another. The lyrics take us to a festive holiday gathering at the parents’ home where their children and grandchildren bask in “the love from this fine house.” Eimerman compares himself to a tree that has grown stronger over the years and tells his Mom and Dad, “I learned all my love from all your love you gave me.” I’ve always felt this touching song could become a seasonal favorite if it was ever given enough air play on the radio. Eimerman is currently a member of The Britannicas, whose new holiday song, “Chris Hillman Christmas” can be purchased on the band’s MySpace page.

The Critics uncork an irresistible energy reminiscent of The Beatles on the romantic “She Feels Like Christmas Day.” This is probably the only song on Yuletunes that would fit in just as well on a non-holiday CD, if you consider the way the band uses Christmas, and lines like, “Let me be your favorite toy” as a metaphor for the overwhelming joy of finding love.

It’s a shame that Yuletunes, with its treasure chest of holiday songs, never became a big selling CD. As I mentioned in the Yuletunes - Part Two post, it’s still listed as available on The Shoes’ Black Vinyl Records website, and I would highly recommend getting a copy.