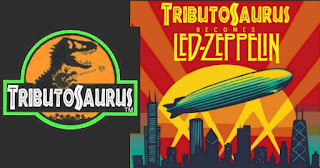 Taste Of Polonia returns to Chicago’s Jefferson Park neighborhood today and will run through Monday. Over 35 music acts will perform on four stages; including Tributosaurus tonight as Led Zeppelin; The Neverly Brothers; School Of Rock; and the Beatles tribute band Kaleidoscope Eyes. See the official website for the full schedule.

Tickets went on sale today for the 15th Annual Alex Chilton Birthday Bash at Empty Bottle on December 28; Moody Blues member John Lodge at City Winery Chicago on November 12; Julia Nunes and Elizabeth and The Catapult at Subterranean on November 23; and Screaming Females and Dusk at Schubas on October 23.

EXPO ’76 will be cracking wise and reaching into its bottomless bag of cover versions tonight at the classy Arlington Heights venue Hey Nonny.


Welcome to everyone’s who’s come to Chicago for our acclaimed Jazz Festival. The event began yesterday with shows at Millennium Park and the Chicago Cultural Center; and runs today through Sunday at Millennium Park. Performers include The Art Ensemble Of Chicago; the Metropolitan Jazz Octet with Dee Alexander; Eddie Palmieri Sextet; and Ben Sidran. Chicago Tribune music critic Howard Reich offered a critical guide in yesterday’s issue, and the Chicago Sun-Times has the full schedule. This week’s edition of The Reader has a special section on the Jazz Festival.

The Reader was one of the many publications I picked up on my weekly after-work trip downtown yesterday. Chicago Innerview has released its annual guide to Riot Fest (coming to Douglas Park September 13 – 15), and you can pick up a free copy at the Reckless Records on Madison Street. Just down the street, I dropped by Graham Cracker Comics to buy the September Previews - The Comic Shop's Catalogue. The September issue of New City has the magazine’s Art 50 list of Chicago’s most influential members of the art community, and it’s being bundled with the EXPO Chicago (coming to Navy Pier September 19 – 22) program. The entire latest issue of Streetwise is a Fall Festival Guide that actually runs through the rest of the year. You can buy one from one of the many vendors around downtown and help the homeless while getting some helpful entertainment information.

Squeeze, led by founding members Chris Difford and Glenn Tilbrook, performs at the elegant Chicago Theater tomorrow night in what has to be considered a perfect match of venue and band. In addition to older classics like “Tempted,” “Hourglass,” and “Black Coffee In Bed,” hopefully Squeeze will perform songs from its masterful 2018 effort The Knowledge.

Marvel Comics will mark its 80 birthday tomorrow, and several local comic book stores will participate in the celebration. Customers at the participating stores will have the opportunity to see the new Marvel Comics #1000 and copies of the Marvel Universe Magazine will be available for free.

Country rock band Heartsfield has a gig tomorrow night at FitzGerald’s in Berwyn.

There’s an Irish Days festival in Long Grove tomorrow through Monday that will offer live music, dance troupes, and competitions for dogs and men in kilts. Long Grove, which was once a major destination for antiques and crafts lovers, is currently in a rebuilding mode. The emphasis is mainly on restaurants, but since some of these new venues are doing well, maybe new shops will follow. As for this weekend’s event, people who’ve been to Irish Fest on Chicago’s northwest side should enjoy this event in Long Grove. Academy Of Irish Music, carrying on the legacy of instructor Noel Rice, performs at 10:30 a.m. to 11:30 a.m. on Saturday, and is highly recommended. The McNulty School Of Dance and the Irish Trinity Dancers will performing; as are Shannon Rovers, the rowdy but surprisingly talented Larkin/Moran Brothers, and Dooley Brothers and Jimmy Moore.

Mercury Theater’s production of Spamalot opens tonight and will run through November 3. The production is being directed by L. Walter Stearns; Eugene Dizon is the Musical Director. Performances will be at 8:00 p.m. Wednesday through Saturday each week, with an additional show at 3:00 p.m. on Saturday, and a 3:00 p.m. show on Sunday.

In last Friday’s Slumgullion, I mentioned Professor Moptop’s Wednesday, October 2 50 Years of Abbey Road lecture at the Palatine Library but left readers hanging as to his other Abbey Road library appearances. Here they are: September 18 at the Bridgeview Public Library, September 23 at the Arlington Heights Memorial Library, and October 10 at the Evergreen Park Library. Professor Moptop is a regular contributor to Terri Hemmert’s Breakfast With The Beatles show each Sunday on WXRT, and will be releasing his Textbook Beatles Volume 2 Beatlemania 1963 – 1964 in the near future. If it’s anything like Textbook Beatles Volume 1, it will be packed with all kinds of recording information and interesting and sometimes little-known stories about the band.

Karen Gillan and I have something in common in addition to having both conversed with Matt Smith. The Doctor Who, Guardians Of The Galaxy, and Jumanji actress still fancies making her own films, and recently posted on Instagram that she’s finishing up a short horror flick. My wife Pam and I created several two-minute episodes of a comedy series titled Manchester Gallery that was shown on Jeff Kelley’s Sunday Morning Coffee With Jeff internet show. Kelley and graphic design artist Dave Metzger also create zombie films for Elgin’s annual Nightmare on Chicago Street Halloween festival, and I’ve acted in a number of those. I recently took a meeting with them to appear in two new films. This year’s Nightmare On Chicago Street festival takes place on Saturday, October 19.

Billie Piper is another former Doctor Who cast member going the indie film route. Rare Beasts, which Piper directed, wrote, and acted in, will be screened at the BFI London Film Festival in October. It’s a drama/comedy about relationships that also stars David Thewlis, Kerry Fox, and Bill Leo. It would be nice to see the Gene Siskel Film Center in Chicago hold a Karen Gillan/Billie Piper indie film festival.
Posted by Terry Flamm at 6:01 PM