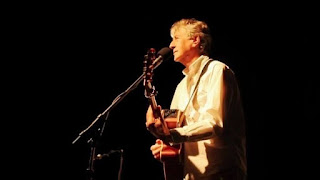 The Fest For Beatles Fans - Chicago returned to the Hyatt Regency O’Hare in suburban Rosemont last weekend for its annual celebration of the most famous band in rock history. I’ve found it increasingly difficult in recent years to pack everything I want to experience at The Fest in a single day. So for 2019, I opted for a double dose. Avid Beatles followers could easily spend the entire weekend there and never get bored.

The Apple Jam Stage at The Fest For Beatles Fans has resulted in some tough choices for me. Even with all the other performances and events going on, how can I pass up the opportunity to catch some of Chicago’s best musicians strutting their Beatlesque expertise? This year, the Apple Jam Stage offered Phil Angotti and Friends doing an amazing job of covering John Lennon on Saturday and Paul McCartney on Sunday. Ellis Clark and Ary Jeebie also enlisted some local all stars to help as they honored George Harrison. Their set offered a taste of the George Harrison Birthday Bash Clark and Jeebie throw each February at Martyrs’ on Lincoln Avenue. I didn’t catch Jay Goeppner’s set on Friday, but I’ve seen him enough to know it was highly entertaining.

Another Fest highlight was WXRT air personality Terri Hemmert interviewing former Wings members Denny Laine, Steve Holley, and Laurence Juber in the hotel’s Grand Ballroom. The format resembled the musicians forums held by Martin Lewis and Mark Hudson in the past, where the participants augment their discussion with some instructive jamming. I was glad to have a chance later to congratulate Hemmert on her long tenure at WXRT. She’s semi-retired now; keeping her weekly Breakfast With The Beatles show and filling in occasionally for the other DJs.

Also in the Grand Ballroom, Jeremy Clyde, one half of Chad and Jeremy (and more recently Peter and Jeremy), brought his Bottom Drawer Band to play songs from his Bottom Drawer CD series. Clyde was in fine voice, and these rarely heard songs were consistently engaging. Drummer Alan White talked with Hemmert about his days with Yes, as well as his work on John Lennon and George Harrison solo projects. The Weeklings played a catchy mix of originals and obscure Beatles compositions on Sunday.

I spent a few hours on Saturday sorting through all the music-related memorabilia in The Fest’s expansive marketplace, and found more treasures, including a “Paperback Writer” picture sleeve import seven-inch single, on Sunday. The Marketplace is also the place to meet noted Beatles authors like Bruce Spizer, Jude S. Kessler, Professor Moptop, and Kit O’Toole. Lesser known authors were selling their books as well.

The Beatles tribute band Liverpool was on hand all three nights. After an impressive set of Beatles tunes on Saturday, they they invited Alan White, Jeremy Clyde, Denny Laine, Steve Holley, and Laurence Juber to join them. As always, it was one of the highlights of The Fest For Beatles Fans - Chicago and served as a Grand Finale.
Posted by Terry Flamm at 9:08 PM