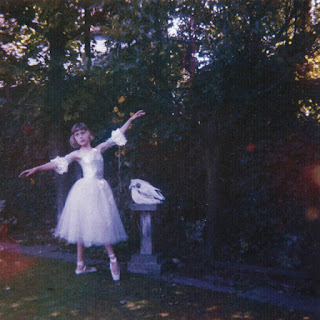 Back when I reviewed Wolf Alice’s full-length debut My Love Is Cool in 2016, I imagined how interesting it would be to see lead vocalist-guitarist Ellie Rowsell bring the various genres and personas from that that album to a live performance. The English band’s followup Vision Of Life is no less adventurous despite a persistent obsession with death. Rowsell can evoke an angel, a street fighter, or an alluring hipster, depending on the song. And once again, the well-crafted arrangements flip from pristine to overpowering in a matter of moments.

The intro to “Heavenward” could turn any church choir green with envy, and Wolf Alice drifts into a symphony before eventually bringing on the heavy metal thunder. Meanwhile, the lyrics focus on celebrating someone close who has died and looking forward to seeing that person again in the afterlife. “St. Purple And Green” has a similar approach and seems to specifically mourn a grandmother. The straight-up techno rock of “Space And Time” exudes a fear of losing control, and on the gorgeous folk ballad “After The Zero Hour,” a woman refuses to die, and embarks on an adventure instead.

Visions of Life offers other outlooks as well. Rowsell sounds like she’s ready to rip somebody’s head off in the careening “Yuk Foo,” while the light and poetic “Sad Boy” is about a guy who “thinks too much.” The impossibly catchy “Formidable Cool” depicts a villain who uses his position of power to seduce women and leave them feeling used. On “Sky Musings,” a jet flight triggers a series of emotions from the fear of crashing to regrets over not having taken a chance on a relationship. Wolf Alice is less direct but still enticing on the playful “Beautifully Unconventional” and the sci-fi adventure “Planet Hunter.”
Posted by Terry Flamm at 9:52 PM