A Planet Of RSD Fun And More IPO To Come 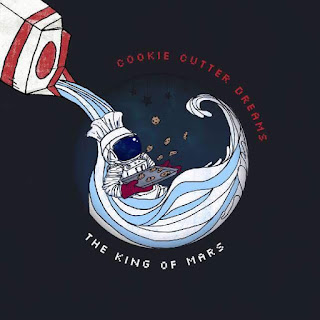 International Pop Overthrow - Chicago continues its 2018 run of multi-band showcases through this Saturday night at the Heartland Café Bar on the north side. A hectic schedule has kept me from providing as much support as I’d like to, but it’s still easy to get a preview of all of the acts who’ll be performing. The links IPO Founder/CFO David Bash provides on the official website often include a Bandcamp page.

Congratulations to Laurie’s Planet Of Sound Records on Lincoln Avenue for another festive Record Store Day bash this past Saturday. It has become a must-attend part of this annual celebration of vinyl. I arrived in time to catch the last half of Tommi Zender and Natalie Galey performing Joni Mitchell songs. “Help Me” from Mitchell’s Court And Spark album was a particular highlight.

Phil Angotti worked as a solo act, covering all the wry and catchy songs from the The Kinks’ Something Else album, as well as a bonus song the band originally released as a B-side of a single. The Census Takers remained appropriately anonymous behind masks as they paid homage to The Residents. The Handcuffs closed out the afternoon’s entertainment with a rousing mix of material from their three albums, brand new songs, and covers of Mott The Hoople, Dave Mason, Sweet and The Who.
Posted by Terry Flamm at 8:16 PM