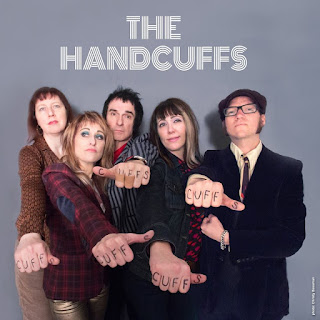 It’s only fitting that one of the events I plan to attend tomorrow, April 21 is sponsored in part by the people who put together the annual Chicago TARDIS convention. There’s so much going tomorrow in Chicago, you’d need a TARDIS to get around to all of it. For those not familiar with Doctor Who terminology, a TARDIS (Time And Relative Dimension In Space) is the police box-shaped device The Doctor uses to travel around the universe to any point in time he chooses. Let’s step inside it now for a preview of all April 21 has to offer.

Since it’s Record Store Day, let’s start with the vinyl fanatics who’ll get up extra early to stand in line outside the record store of their choice. There’s often a sense of camaraderie as people compare their wish lists and even share Dunkin Donuts or other snacks.

And then there are the RSD in-store performances. Vintage Vinyl, at 925 Davis Street in Evanston will have alt rock/avant-garde band whitewolfsonicprincess performing at 11:00 a.m. Val’s halla Records in Oak Park has Farewell Captain at 11:00 a.m.; Two Guitars And A Tuba at noon; Matt Lenny and Elm City Council at 1:00; Ginger at 2:00; The Frantastic Sound System at 3:00; and the Gino and Friends Jam at 4:00.

Chicago rock station WXRT will celebrate Record Store Day by playing full album sides on vinyl, starting at noon. Long-time fans will no doubt be reminded of the early 1970s, when the only thing the station played were vinyl records. They’ll also probably recall when those records skipped or got stuck.

Bloodshot Records will have a Record Store Day Pop-Up Shop at its headquarters at 3039 W. Irving Park Road from noon to 5:00 p.m. On its Facebook page, the Chicago-based indie label promises “unique items, test pressings, signed stuff, out-of-print stuff, new releases and just regular stuff.” Laurie’s Records on Lincoln Avenue will have Sonny Mountain at noon; Tommi Zender with Natalie Galey performing Joni Mitchell at 1:00; Phil Angotti, following his set at International Pop Overthrow the night before, will perform The Kinks at 2:00; The Census Takers will be performing The Residents at 3:00; and The Handcuffs will perform their catchy indie rock at 4:00. This is always a fun bash and the owners and employees at Laurie’s are great hosts. (The Handcuffs and Phil Angotti will be playing at Quenchers Saloon later tomorrow night, along with The Embryos, who are having a record release party.)

Reckless Records will have in-store performances by Intentionally Left Banke, a Left Banke cover band (2:00) and synth player Bill Vermette (3:30) at its Broadway location; and Mukqs (2:30) and RYLR (4:00) at its Milwaukee Avenue location.

The 8th Annual Numero Group Pop-Up Store will be held from 10:00 a.m. to 5:00 p.m. in the Comfort Station at 2579 N. Milwaukee. These guys have their own take on RSD, and offer, “new and used LPs, CDs, dingers, tapes, tees, tests, and other weirdness from our warehouse.”

International Pop Overthrow, which returns to The Heartland Cafe Bar in Chicago tonight, will offer afternoon and evening showcases tomorrow. (Separate admission for each.) The earlier event starts at 2:00 p.m. and offers short sets by The Francos; Love Lies Bleeding; The Jades; The Long Lost, and an act to be announced later. The music resumes at 8:00 p.m. with a showcase of Phil Ajjarapu; Rainy Day Crush; The Devonns; The Lilacs; Rosa Cora Perry and the Truth Untold; and The Stick Arounds. Avid fans of power will no doubt notice The Lilacs in that schedule. The quartet formed in 1990, reunited in 2016 with the Rise Above The Filth album, and performed a powerful concert at Metro. If you like what you see on Saturday, IPO founder/CFO/host David Bash will be bringing his showcases of power pop and indie rock to The Heartland Cafe Bar through next Saturday night.

If playing vinyl feels like something from your past, imagine what you could accomplish as an actual time traveler. Chicago TARDIS, in conjunction with Happy Fish Parties, has an afternoon of non-Record Store Day fun planned with its All Things BBC! event. It’s being held at the Red Lion Tap on Lincoln Avenue, and celebrates English television shows like Doctor Who, Sherlock, and Merlin. Incidentally, when Chicago TARDIS holds its annual convention at The Westin Lombard Yorktown Center November 23 through 25, actress Pearl Mackie from Doctor Who will be one of the featured guests. She did some amazing acting in her final episodes with Peter Capaldi’s version of The Doctor.

For more Record Store Day ideas, check out this week’s issue of the RedEye free paper. It has a full page titled Where to be a music nerd on RSD. It lists the DJs and music acts that will be doing in-store performances at 606 Records; Bric-a-Brac Records; Bucket O’Blood Records; Joyride Records; Laurie’s Planet Of Sound; Shuga Records; and other locations.

With all of the vinyl activity going on this Saturday, Lumpen Radio’s decision to schedule its Spring Record Swap at Co-Prosperity Sphere at 3219 S. Morgan on Sunday was either foolhardy or a stroke of genius. At any rate, if you haven’t busted your budget and you’re not too tired, Lumpen will have records on hand for your post-RSD perusing.
Posted by Terry Flamm at 9:30 PM